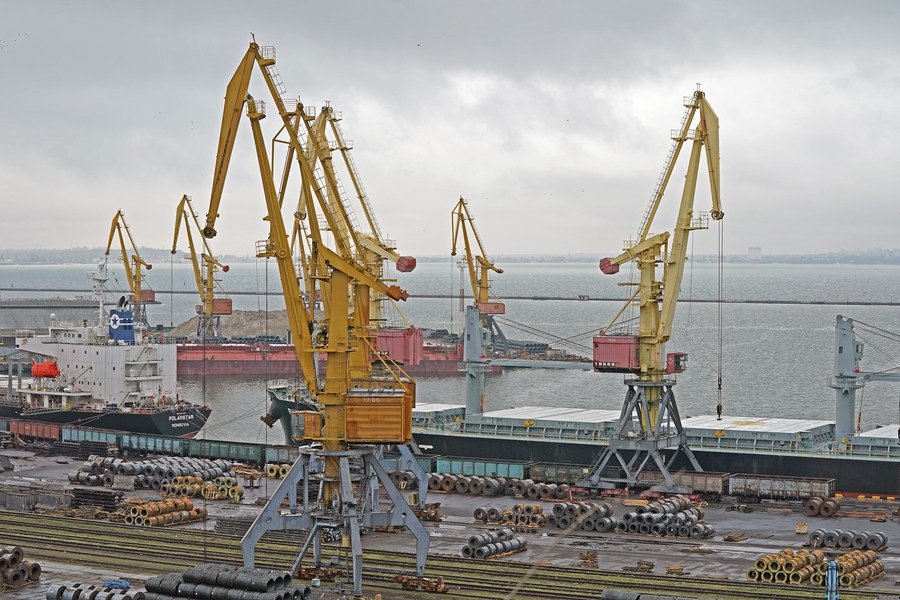 Photo taken on March 3, 2022 shows the view of the port of Odessa, Ukraine. (Photo: Xinhua)

KIEV, July 27 (Xinhua) -- Operations have resumed in three Ukrainian Black Sea ports of Odesa, Chornomorsk and Pivdenny in line with a grain exports deal signed last week in Türkiye, the press service of the Ukrainian Naval Forces said in a statement on Wednesday.

Currently, the work is underway to prepare the ports for safe navigation, with military and civilian experts searching for underwater objects and installing special navigation equipment, the statement said.

The ships navigating in the Ukrainian ports will form a caravan, which will be escorted by a lead ship for greater security, it said.

On July 22, Ukraine and Russia separately signed a deal with Türkiye and the United Nations in Istanbul to resume grain shipments from Ukrainian ports to international markets via the Black Sea.