RAMALLAH, Aug. 26 (Xinhua) -- A Palestinian official announced on Thursday that a three-way summit will be held in Egyptian capital Cairo within the coming days to discuss the Palestinian issue. 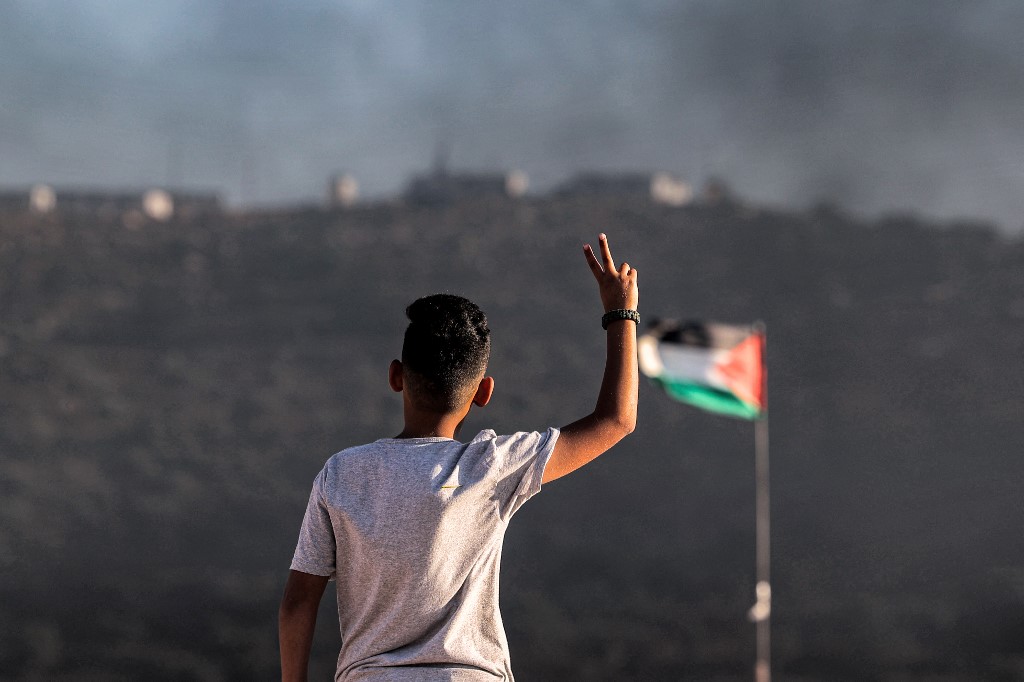 In this photo taken on July 6, 2021, a Palestinian youth flashes the victory sign while standing near a flying Palestinian flag in the town of Beita, near the occupied West Bank city of Nablus, opposite the newly-established Israeli wildcat settler outpost of Eviatar. (File photo: AFP)

Azzam al-Ahmad, member of the executive committee of Palestine Liberation Organization (PLO), told reporters that leaders of Palestine, Jordan and Egypt will hold a three-way summit meeting to discuss the current situation of the Palestinian question.

"The summit will focus on coordinating the three countries' political positions and the efforts on resolving the conflict between Israel and the Palestinians," al-Ahmad told reporters in the West Bank city of Ramallah.

He added that the Palestinian leadership "needs to coordinate its political positions with the Egyptian and Jordanian sides as well as with other Arab and Islamic states on establishing an independent Palestinians state with East Jerusalem as its capital."

Al-Ahmad also said that Palestine holds contacts for holding the annual Arab League summit that will be chaired by Algeria, adding that the Palestinian leadership works on unifying the Arab efforts to find a fair solution for the Palestinian question.

Meanwhile, al-Ahmad announced that Palestinian President Mahmoud Abbas is to chair a meeting for the PLO executive committee in Ramallah next week before he heads to attend the annual UN General Assembly meeting in New York in September.

He said that the meeting will discuss internal Palestinian issues related to ending the internal division, the policies of Israel against the Palestinians and the calls on the United States to practice real pressure on Israel to respect the two-state solution.