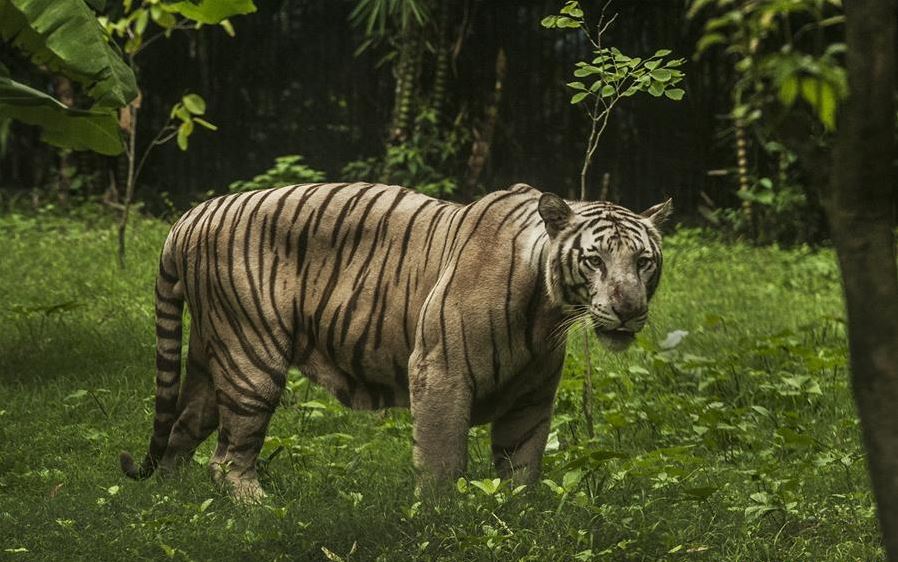 A newly added white tiger walks inside its enclosure at the Alipore zoo in Kolkata, India, July 29, 2019. (Photo: Xinhua)

KATHMANDU, Aug. 26 (Xinhua) -- At least two people have been killed in tiger attacks in a week in Nepal's Bardia National Park, a park official said on Monday.

A 71-year-old man was killed by a tiger on Sunday just outside his home in Bhuri village in Rajapur municipality located in the western part of the country.

"The tiger attacked the man though it was eyeing the domestic pigs kept inside the enclosure. We knew that the tiger was old and already had some injuries. We have trapped and kept it in our rescue center," Ashok Bhandari, warden of the Bardia National Park, told Xinhua on Monday.

Last Thursday, a tiger killed a 56-year-old woman who was cutting grass for livestock in Geruwa village, the nearest human settlement of the same park.

"Three women were cutting grass fodder near a water source when the wild tiger attacked them. One lost her life while two others managed to escape," Bhandari informed.

The wildlife official said that though two tiger attacks happened within four days in the park, they were done by different tigers of different age groups.

"The latest incidents took place in our national park after a very long time. Tigers usually don't attack humans, it's only in some cases like if they feel threat or if it's related with their prey," the official said.

According to the Department of National Parks and Wildlife Conservation, the family of victims gets a compensation of 1 million rupees in case of deaths by wildlife attacks, while the injured receive 200,000 rupees for the medical treatment.

As per the National Tiger Census in 2018, the tiger population has reached 235 in Nepal, among which 87 are in the Bardia National Park.