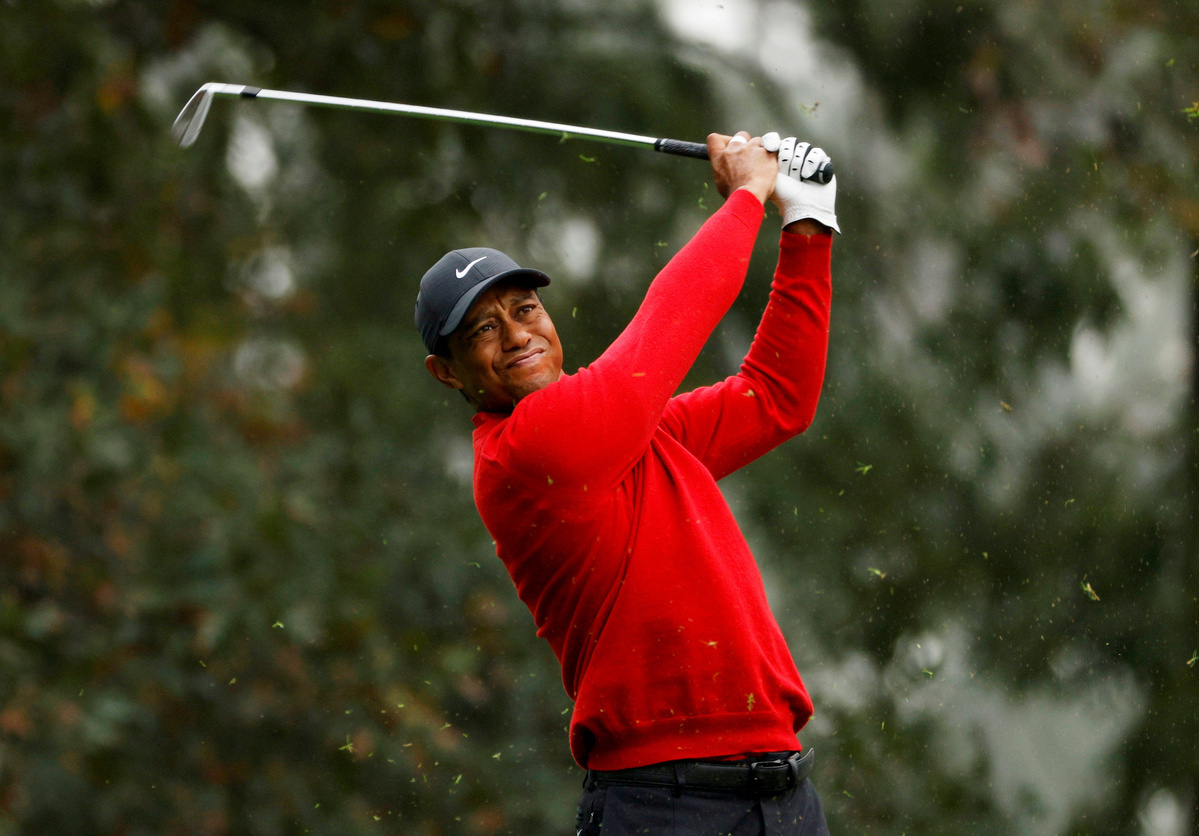 The Masters - Augusta National Golf Club - Augusta, Georgia, US - November 15, 2020 Tiger Woods of the US on the 4th hole during the final round.(Photo: agencies)

LOS ANGELES — Tiger Woods was driving more than 80 mph — nearly twice the posted speed limit — on a downhill stretch of road when he lost control of an SUV and crashed in a wreck that seriously injured the golf superstar, authorities said Wednesday.

Sheriff Alex Villanueva blamed the Feb. 23 crash outside Los Angeles solely on excessive speed and Woods’ loss of control behind the wheel. The athlete will not face any citations for his third high-profile collision in 11 years.

“The primary causal factor for this traffic collision was driving at a speed unsafe for the road conditions and the inability to negotiate the curve of the roadway,” the sheriff told a news conference.

The stretch of road is known for wrecks and drivers who frequently hit high speeds. Due to the steepness of the terrain, a runaway truck escape lane is available just beyond where Woods crashed.

There was no evidence that the golfer tried to brake, and investigators believe Woods may have inadvertently stepped on the accelerator instead of the brake pedal in a panic, said sheriff’s Capt. James Powers, who oversees the sheriff’s station closest to the crash site.

Woods was wearing a seat belt at the time, and the vehicle's airbags deployed. He told deputies that he had not taken medication or consumed alcohol before the crash, sheriff’s officials said.

Detectives did not seek search warrants for Woods' blood samples, which could have been screened for drugs or alcohol, or his cellphone. Authorities said there was no evidence of impairment or of distracted driving, so they did not have probable cause to get warrants. Investigators did search the SUV’s data recorder, known as a black box, which revealed the vehicle's speed.

On Twitter, Woods thanked first responders, as well as the people who called 911.

“I will continue to focus on my recovery and family, and thank everyone for the overwhelming support and encouragement I’ve received throughout this very difficult time,” Woods wrote.

Documents show that Woods told deputies he did not know how the crash occurred and did not remember driving. At the time of the wreck, Woods was recovering from a fifth back surgery, which took place two months earlier.

Woods, who is originally from the Los Angeles area, had been back home to host his PGA tournament, the Genesis Invitational at Riviera Country Club, when the crash happened.

He was driving an SUV loaned to him by the tournament when he struck a raised median in Rolling Hills Estates, just outside Los Angeles. The SUV crossed through two oncoming lanes and uprooted a tree, striking it at 75 mph (120 kph).

Jonathan Cherney, an accident reconstruction expert and retired Irvine, California, police detective, said the sheriff did not explain a fundamental part of the case: Why was Woods driving so fast? “To just blanket it with an unsafe speed violation is the easy way out," said Cherney, who walked the crash site. "We still are missing the key factors that kind of explain why or how this whole sequence of events began.” Cherney questioned whether Woods may have fallen unconscious at some point, citing the lack of evidence of braking, steering or anything else to suggest the driver was "aware of what’s going on or attempting to avoid the crash.” He also said investigators had enough probable cause to seek blood samples.

Woods is in Florida recovering from multiple surgeries, including procedures to repair two broken bones in his lower right leg with a rod in his shinbone. He also has screws and pins in his foot and ankle.

The 45-year-old athlete has never gone an entire year without playing, dating back to his first PGA Tour event as a 16-year-old in high school. He had hoped to play this year in the Masters tournament, which begins Thursday.

Rory McIlroy, a four-time major golf champion who lives near Woods in Florida, said he visited Woods last month and found him to be “in decent spirits.” “When you hear of these things and you look at the car and you see the crash, you think he’s going to be in a hospital bed for six months. But he was actually doing better than that,” McIlroy said Tuesday from the Masters.

In the days after the crash, the sheriff called it “purely an accident” and said there was no evidence of impairment. Villanueva faced criticism for labeling the crash an accident before the investigation had concluded and pushed back Wednesday against allegations of special treatment for the golf star.

“That is absolutely false,” he said.

Last week, Villanueva said investigators had determined the cause of the crash but would not reveal it. He claimed he needed permission from Woods to do so. The sheriff said Wednesday that Woods — who has a yacht named Privacy — had approved the release of the investigation's findings.

This is the third time Woods has been involved in a vehicle investigation.

The most notorious example dates back to 2009, when his SUV ran over a fire hydrant and hit a tree early on the morning after Thanksgiving. While Woods was cited for careless driving and fined $164, the crash was the start of revelations that he had been cheating on his wife with multiple women.

Woods also lost major corporate sponsorships in the backlash and went to a rehabilitation clinic. He did not return to golf for five months.

In 2017, Florida police found him asleep behind the wheel of a car parked awkwardly on the side of the road. He was arrested on a DUI charge and said later he had an unexpected reaction to prescription medicine for his back pain. Woods pleaded guilty to reckless driving and checked into a clinic to get help with prescription medication and a sleep disorder.