WORLD Tijuana protesters chant 'Out!' at migrants camped in city

Tijuana protesters chant 'Out!' at migrants camped in city

Hundreds of Tijuana residents congregated around a monument in an affluent section of the city south of California on Sunday to protest the thousands of Central American migrants who have arrived via caravan in hopes of a new life in the US. 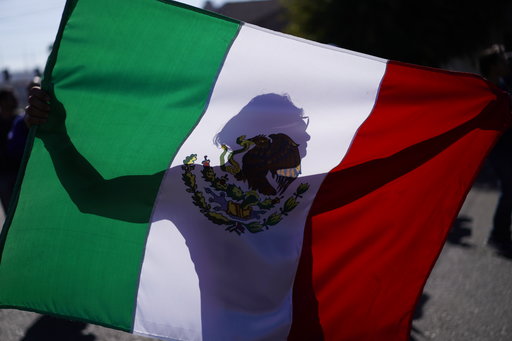 A demonstrator holds a Mexican flag outside a migrant shelter to protest the presence of thousands of Central American migrants in Tijuana, Mexico, Sunday, Nov. 18, 2018. (Photo: AP)

Tensions have built as nearly 3,000 migrants from the caravan poured into Tijuana in recent days after more than a month on the road, and with many more months ahead of them while they seek asylum. The federal government estimates the number of migrants could soon swell to 10,000.

US border inspectors are processing only about 100 asylum claims a day at Tijuana's main crossing to San Diego. Asylum seekers register their names in a tattered notebook managed by migrants themselves that had more than 3,000 names even before the caravan arrived.

On Sunday, displeased Tijuana residents waved Mexican flags, sang the Mexican national anthem and chanted "Out! Out!" in front of a statue of the Aztec ruler Cuauhtemoc, 1 mile (1.6 kilometers) from the US border. They accused the migrants of being messy, ungrateful and a danger to Tijuana. They also complained about how the caravan forced its way into Mexico, calling it an "invasion." And they voiced worries that their taxes might be spent to care for the group.

"We don't want them in Tijuana," protesters shouted.

Juana Rodriguez, a housewife, said the government needs to conduct background checks on the migrants to make sure they don't have criminal records.

A woman who gave her name as Paloma lambasted the migrants, who she said came to Mexico in search of handouts. "Let their government take care of them," she told video reporters covering the protest.

A block away, fewer than a dozen Tijuana residents stood with signs of support for the migrants. Keyla Zamarron, a 38-year-old teacher, said the protesters don't represent her way of thinking as she held a sign saying: Childhood has no borders.

Most of the migrants who have reached Tijuana via caravan in recent days set out more than a month ago from Honduras, a country of 9 million people. Dozens of migrants in the caravan who have been interviewed by Associated Press reporters have said they left their country after death threats. 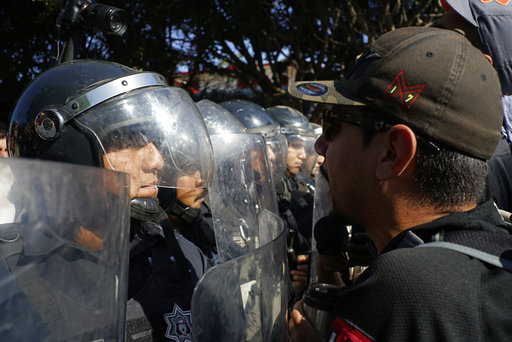 But the journey has been hard, and many have turned around.

Alden Rivera, the Honduran ambassador in Mexico, told the AP on Saturday that 1,800 Hondurans have returned to their country since the caravan first set out on Oct. 13, and that he hopes more will make that decision. "We want them to return to Honduras," said Rivera.

Honduras has a murder rate of 43 per 100,000 residents, similar to US cities like New Orleans and Detroit. In addition to violence, migrants in the caravan have mentioned poor economic prospects as a motivator for their departures. Per capita income hovers around $120 a month in Honduras, where the World Bank says two out of three people live in poverty.

The migrants' expected long stay in Tijuana has raised concerns about the ability of the border city of more than 1.6 million people to handle the influx.

While many in Tijuana are sympathetic to the migrants' plight and trying to assist, some locals have shouted insults, hurled rocks and even thrown punches at them. The cold reception contrasts sharply with the warmth that accompanied the migrants in southern Mexico, where residents of small towns greeted them with hot food, campsites and even live music.

Tijuana Mayor Juan Manuel Gastelum has called the migrants' arrival an "avalanche" that the city is ill-prepared to handle, calculating that they will be in Tijuana for at least six months as they wait to file asylum claims. Gastelum has appealed to the federal government for more assistance to cope with the influx.

Mexico's Interior Ministry said Saturday that the federal government was flying in food and blankets for the migrants in Tijuana.

Tijuana officials converted a municipal gymnasium and recreational complex into a shelter to keep migrants out of public spaces. The city's privately run shelters have a maximum capacity of 700. The municipal complex can hold up to 3,000. 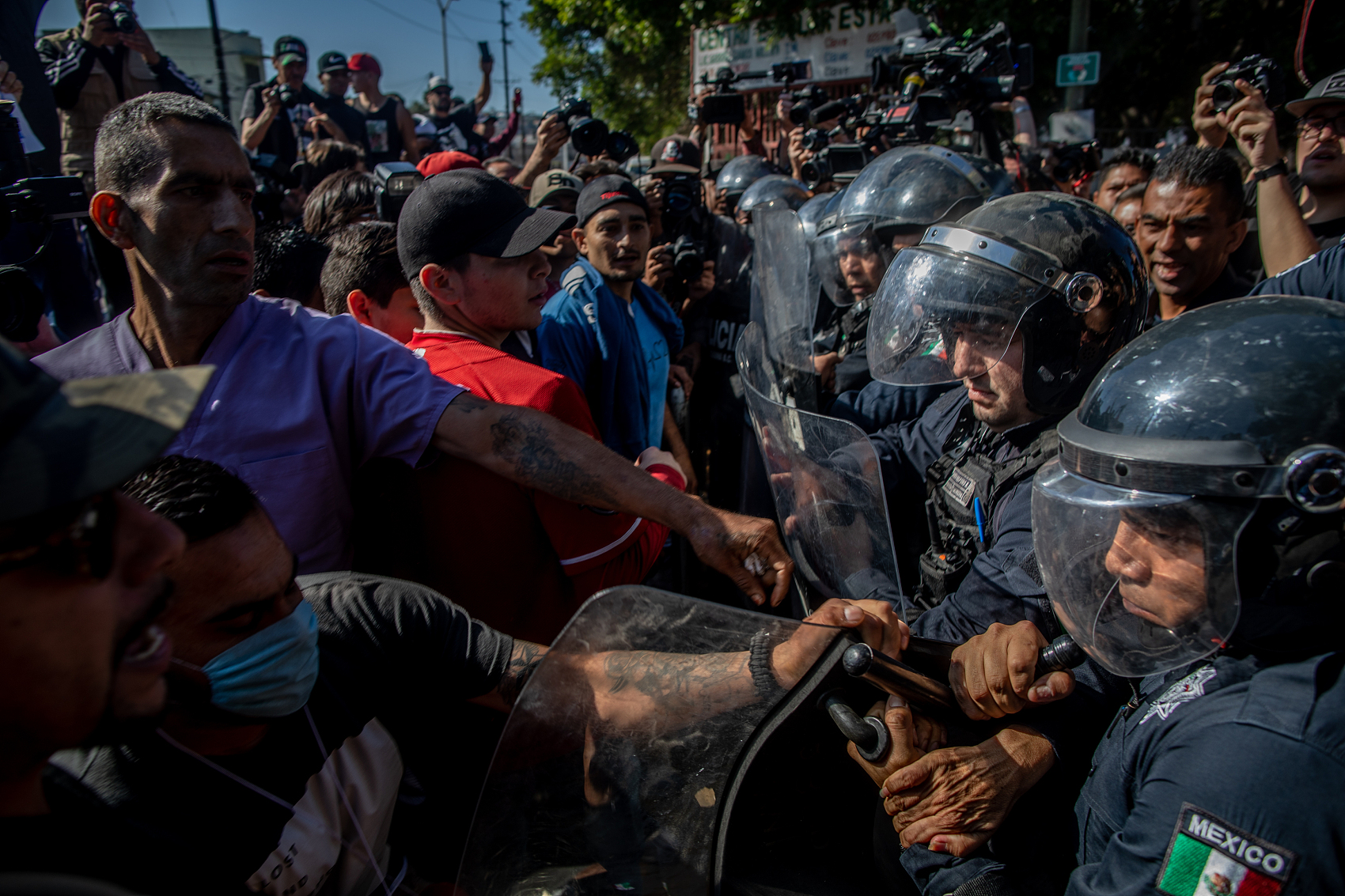 At the municipal shelter, Josue Caseres, 24, expressed dismay at the protests against the caravan. "We are fleeing violence," said the entertainer from Santa Barbara, Honduras. "How can they think we are going to come here to be violent?"

Some from the caravan have diverted to other border cities, such as Mexicali, a few hours to the east of Tijuana.

Elsewhere on Sunday, a group of 200 migrants headed north from El Salvador, determined to also find safety in numbers to reach the US Edwin Alexander Gomez, 20, told AP in San Salvador that he wants to work construction in New York, where he hears the wages are better and the city is safer.

US President Donald Trump, who sought to make the caravan a campaign issue in the midterm elections, used Twitter on Sunday to voice support for the mayor of Tijuana and try to discourage the migrants from seeking entry to the US

Trump wrote that like Tijuana, "the US is ill-prepared for this invasion, and will not stand for it. They are causing crime and big problems in Mexico. Go home!"

He followed that tweet by writing: "Catch and Release is an obsolete term. It is now Catch and Detain. Illegal Immigrants trying to come into the USA, often proudly flying the flag of their nation as they ask for US Asylum, will be detained or turned away."