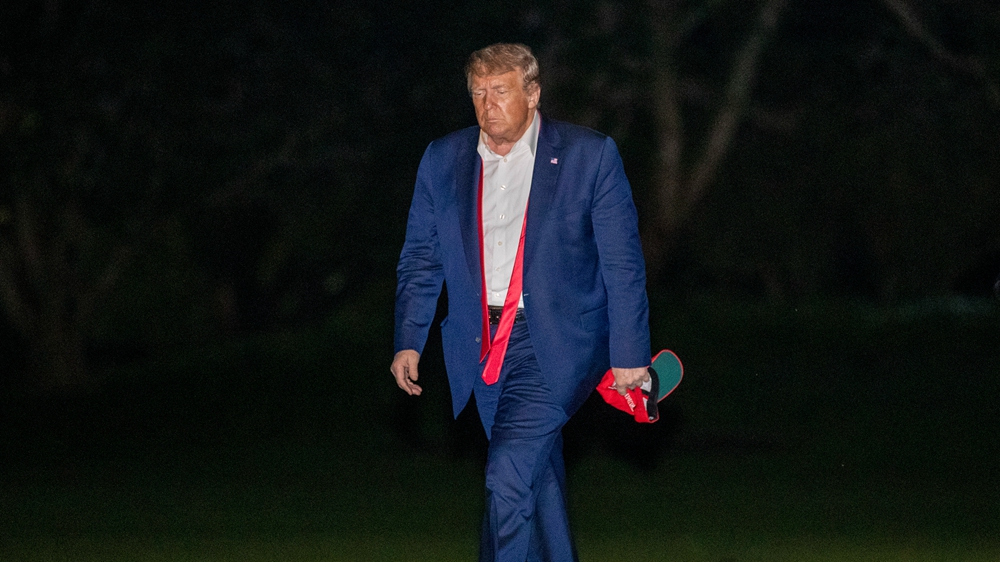 President Donald Trump walks on the South Lawn of the White House in Washington after stepping off Marine One as he returns from a campaign rally in Tulsa, Oklahoma, June 21, 2020. (Photo: CGTN)

Social media users on platforms including the popular video-sharing app have said they completed the free online registration for the rally with no intention of going.

Prior to the event, Trump's campaign manager Brad Parscale said there had been more than 1 million requests to attend. However, the 19,000-seat BOK Center arena had many empty seats on Saturday evening and Trump and Vice President Mike Pence canceled speeches to an expected "overflow" area outside.

The Tulsa Fire Department tallied the crowd at about 6,200 people.

Trump's campaign advisers had seen the rally as a way to rejuvenate his base and demonstrate support when opinion polls have shown him trailing his Democratic rival, former Vice President Joe Biden. 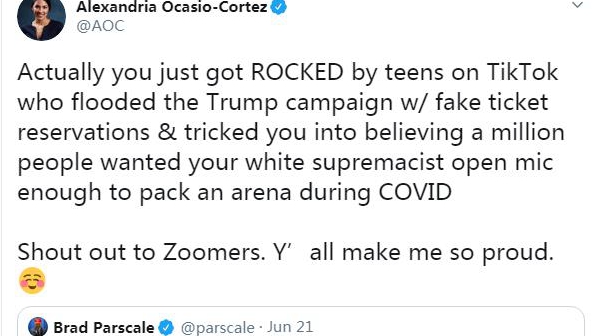 Oklahoma has reported a surge in new coronavirus cases, and the state's department of health had warned those planning on attending the event that they faced an increased risk of catching the virus.

The Trump campaign said entry was on a "first-come-first-served" basis and no one was issued an actual ticket.

"Leftists always fool themselves into thinking they're being clever. Registering for a rally only means you've RSVPed with a cellphone number," said Trump campaign spokesman Tim Murtaugh in a statement. "But we thank them for their contact information."

Parscale said in a statement the campaign weeds out bogus phone numbers and did this with "tens of thousands" at the Tulsa event in calculating possible attendance.

Representative Alexandria Ocasio-Cortez, a Democrat, responded with derision to a Twitter post by Parscale that blamed the media for discouraging attendees and cited bad behavior by demonstrators outside.

"Actually you just got ROCKED by teens on TikTok who flooded the Trump campaign w/ fake ticket reservations & tricked you into believing a million people wanted your white supremacist open mic enough to pack an arena during COVID," she tweeted on Saturday. "KPop allies, we see and appreciate your contributions in the fight for justice too," she added. 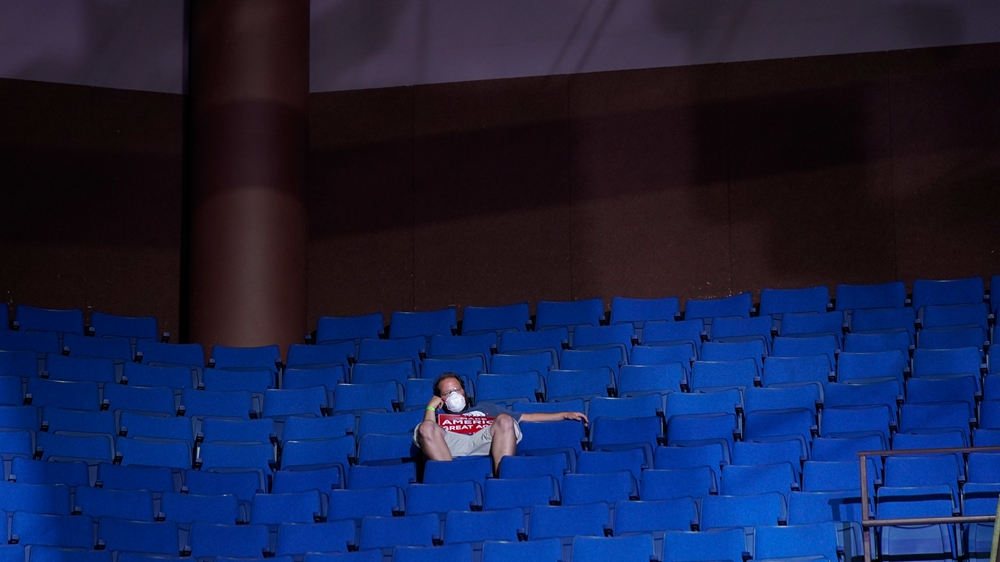 A Trump supporter sits in the stands wearing a face mask during a campaign rally at the BOK Center in Tulsa, Oklahoma, June 20, 2020. (File photo: CGTN)

CNN had reported Tuesday that a TikTok video posted by Mary Jo Laupp, who uses the hashtag #TikTokGrandma, was helping lead the charge. The video now has more than 700,000 likes.

Some K-pop fans reportedly registered without using their real names or numbers.

Em, a 17-year-old student in Kansas who only wanted to be identified by her username, said she had first heard about the effort on TikTok. She said many of the original tweets sharing information about the rally had been deleted.

"I think it was partially the TikTokers and the K-pop fans but also people are not as interested in Trump as he thinks they are," she said.

This is not the first time social media users have shown their political impact recently.