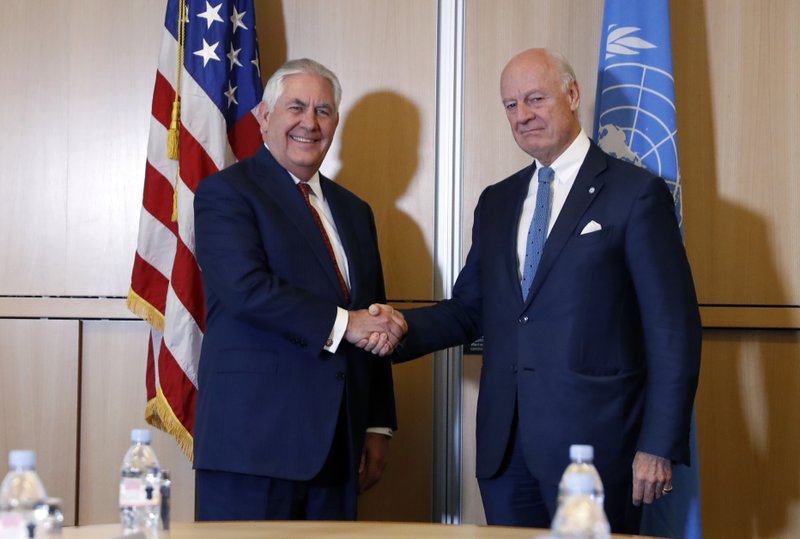 U.S. Secretary of State Rex Tillerson doubled down Thursday on Washington’s call for Syrian President Bashar Assad to leave power, looking past recent battlefield gains by his Russian-backed forces to insist that “the reign of the Assad family is coming to an end.”

Tillerson made the comments after what he called a “fruitful” meeting with U.N. Syria envoy Staffan de Mistura, who later announced plans to resume U.N.-mediated peace Syrian talks on Nov. 28. It will be the eighth such round under his mediation in Geneva since early 2016.

They come despite the fact that Assad’s forces have just in the past year recaptured Syria’s second-largest city and reached the key eastern city of Deir el-Zour, long under siege from IS fighters.

The top U.S. diplomat used the occasion to reiterate Washington’s longstanding, hardline position against Assad, which has been overshadowed of late by the Trump administration’s focus more on defeating the Islamic State group than on ousting the Syrian leader.

Officials in Damascus could not immediately be reached for comment.

Syria’s civil war has left at least 400,000 people dead and driven more than 11 million people from their homes, and the United States has been calling for Assad to go nearly from the start of the uprising against him more than 6-1/2 years ago.

But this time, facts on the ground are playing more in his favor than at any time in years.

“The United States wants a whole and unified Syria with no role for Bashar Assad in the government,” Tillerson told reporters after the meeting at the U.S. mission in Geneva. “The reign of the Assad family is coming to an end, and the only issue is how that should be brought about.”

“We do not believe there is a future for the Assad regime, the Assad family,” he said.