Tillerson says U.S. willing to talk with DPRK "without precondition" 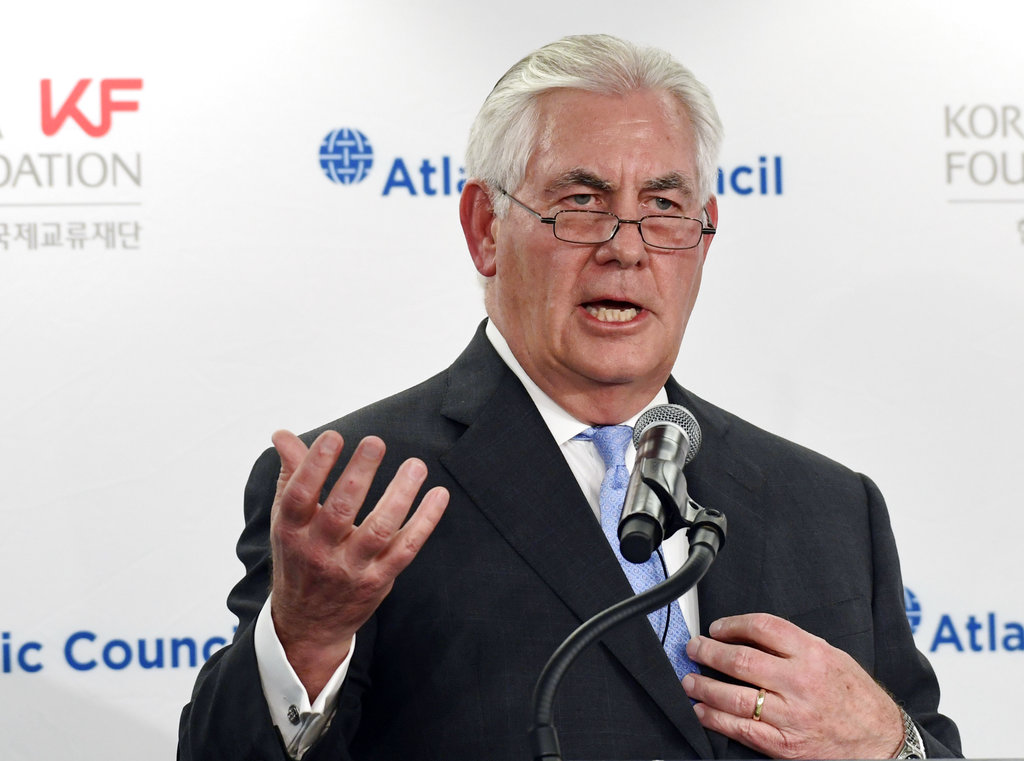 Secretary of State Rex Tillerson has softened the U.S. stance on holding talks with North Korea amid high tension over its nuclear and missile programs.

Tillerson said Tuesday that the U.S. was ready to hold exploratory talks without preconditions, but North Korea would need to hold off on weapons testing.

He called it "unrealistic" for the U.S. to demand that North Korea come to the negotiating table ready to give up its weapons of mass destruction program as they have "too much invested in it."

Tillerson added that President Donald Trump "is very realistic about that as well."

The secretary of state's remarks at the Atlantic Council think tank come two weeks after North Korea conducted a missile that could potentially carry a nuclear warhead to the U.S. Eastern Seaboard.