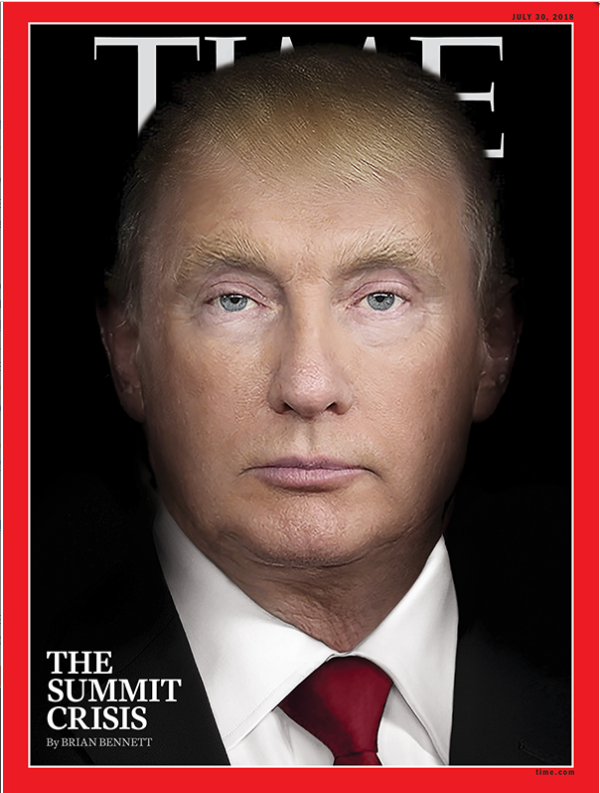 The July 30 issue marks the sixth time Trump has appeared on its cover this year.  In January, the cover featured a drawing of Trump with his hair on fire.

During Trump and Putin’s recent summit in Helsinki, capital city of Finland, the two leaders held a joint press conference where the US leader refuted reports that Russia had interfered with the 2016 US presidential election.

The Trump cover will hit newsstands across the country on Friday. The magazine’s Twitter account features a 19-second GIF depicting Trump’s image changing into Putin, then back again,and  ending on a blended image of both leaders.