ISLAMABAD, May 5 (Xinhua) -- Pakistan will start reaping the benefits of the second phase of the China-Pakistan Economic Corridor (CPEC) in the form of industrial and agricultural development and a better road connectivity, Chairman of Pakistan's CPEC Authority Asim Saleem Bajwa said. 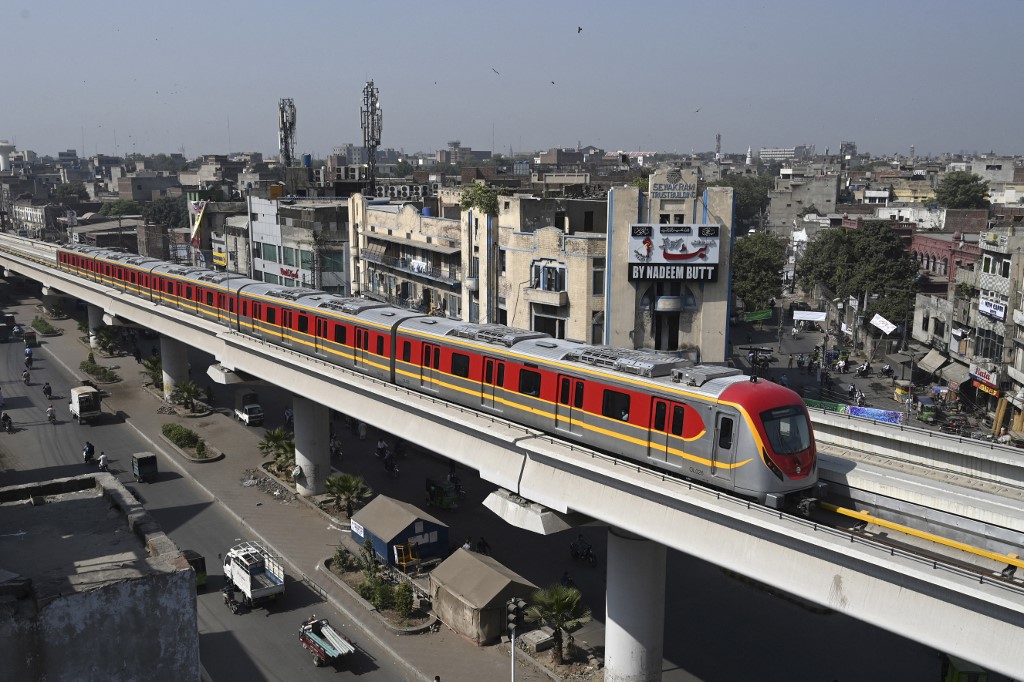 A newly built Orange Line Metro Train (OLMT), a metro project planned under the China-Pakistan Economic Corridor (CPEC), drives through on a track after an official opening in the eastern city of Lahore on October 26, 2020. (File photo: AFP)

Several roads under CPEC are in their final phase which are expected to be inaugurated in 2021 and after their completion, locals will experience a better connectivity, and business opportunities in the country will increase, Bajwa said while talking to media on Tuesday night.

Talking about the special economic zones (SEZs) being established under the framework of CPEC, the official said that they are receiving many applications from local and foreign enterprises to invest in the SEZs where the government is providing a one-window operation to facilitate the investors.

In Allama Iqbal SEZ of Punjab province's Faisalabad city, investors from Canada, Britain and Germany have applied to set up industry in the form of joint ventures with local partners in the SEZ. "Apart from them, Pakistani-American doctors along with some US doctors have approached to establish a pharmaceutical sector in the SEZ," Bajwa said.

He added that efficient and corporate farming are going to be introduced for the first time in the country in cooperation with China under CPEC.

"Model farms are going to be started on vast areas of land under CPEC from the next crop, and a 25-percent enhancement in local yields is expected under the guidance of Chinese experts on the farms," he said.

Earlier on Tuesday, addressing a ceremony at Karachi Chamber of Commerce and Industry, Bajwa said that the second phase of CPEC will contribute to poverty alleviation and GDP growth in Pakistan.

Launched in 2013, CPEC is a corridor linking the Gwadar port in southwestern Pakistan with Kashgar in northwest China's Xinjiang Uyghur Autonomous Region, which highlights energy, transport and industrial cooperation.