WORLD To the brink and back on GameStop: Wall Street elites vs online grassroots

To the brink and back on GameStop: Wall Street elites vs online grassroots 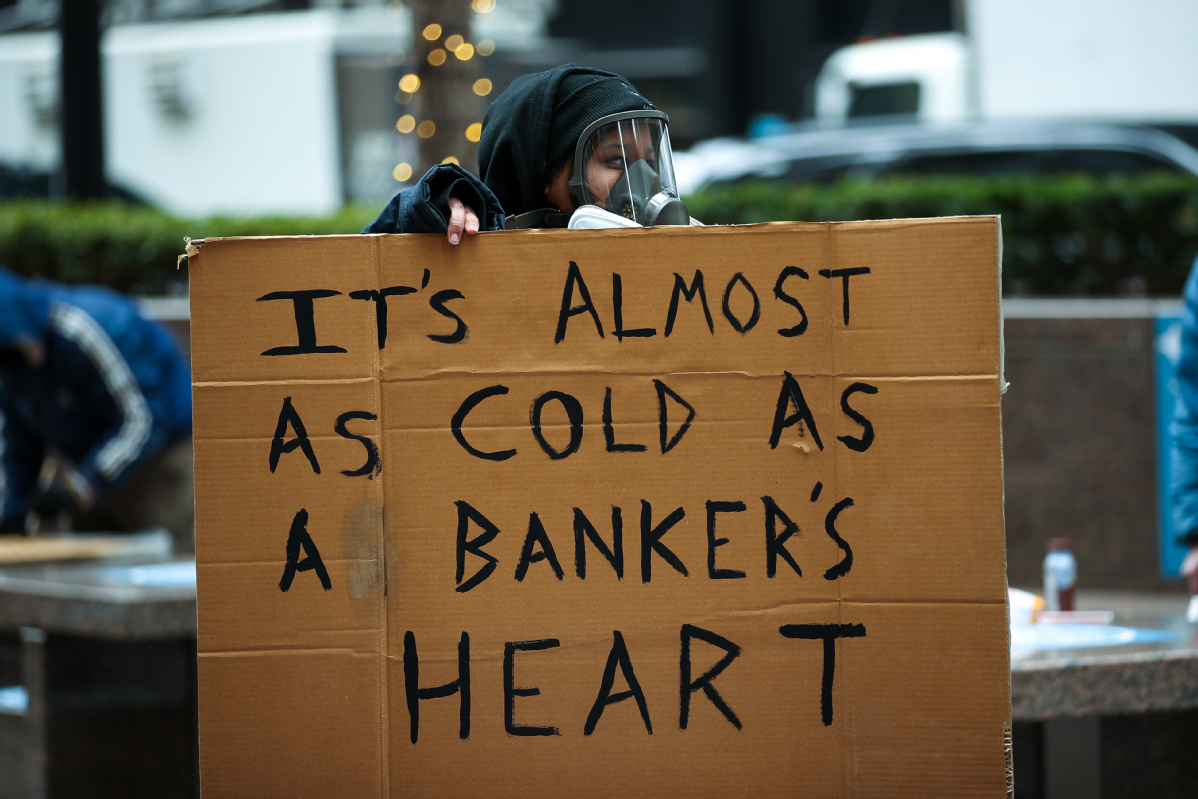 A protester shows her feelings at a demonstration in New York's Zuccotti Park on Sunday for a Re-Occupy Wall Street event. (Getty Images)

NEW YORK－On three hours of sleep a night and with no time to eat, one New York-based hedge fund manager overseeing billions in assets called last week the most stressful of his life.

"Nothing was making sense anymore," he said, as he anxiously watched the stock of GameStop Corp soar. He had bet it would fall.

Wednesday was the worst.

Fueled by chatter on Reddit and other social media to take on Wall Street, investors used venues like online trading app Robinhood to bid up the brick-and-mortar retailer.

GameStop surged 135 percent, having spiked more than 1,500 percent in January without any change in its business outlook.

Hedge funds panicked. Trading became so unpredictable that funds were forced to dump their winning stocks to balance out their portfolios.

"It's time to cut out," the manager said he told his team. "Let's live for another day."

The experience is a glimpse into a week of losses on Wall Street they say was far worse for them than last year's historic pandemic sell-off.

In a new week, it remains to be seen how long the Reddit-fueled rally in unloved stocks will last.

It could mean more market losses if hedge funds have to keep selling to meet redemptions or right their portfolios. Longer term, they may have to shift strategies to turn the tide.

"What is not clear as yet is whether this disruption will evolve into a market accident," said Mohamed El-Erian, chief economic adviser of Allianz.

Several fund managers said the idea to short GameStop was long a favorite at exclusive "idea dinners "where they swap their best trades.

They noted traders, many of whom who work at multi-strategy funds that employ pods of portfolio managers, traders and analysts, know each other well and may compare notes.

Gabe Plotkin's Melvin Capital, one of the funds gored by GameStop, took a $2.75 billion bailout from his one-time mentor Steve Cohen and Citadel's Ken Griffin.

Cohen's Point72 Asset Management lost roughly 15 percent in January partly because of its investment in Melvin. Melvin's assets slid during the month to $8 billion from around $12.5 billion, a source said.

Representatives for Plotkin, Cohen and Griffin declined to comment.

"Being short consensus stocks is just bad business," said Dinakar Singh, a former Goldman Sachs trader who now runs hedge fund Axon Capital and was not short the stock. "It is great while it is working but when it isn't anymore one guy's problem triggers everyone's headache. It becomes a circular disaster."

Fund managers said the experience is changing the way some do business.

Citron's Andrew Left, who ignited the retail trading frenzy by publicly detailing GameStop's issues, acknowledged defeat by Friday. He had covered his positions, taken a loss, and said he will stop publishing short-seller reports, a strategy that earned him millions and made him a prominent name in the industry.

Many hedge funds still remain on the other side of the GameStop trade, with the number of shares shorted having dropped only 8 percent during the week as firms covered positions.

One New York-based banker said his clients were looking for other possible targets of retail trading frenzy and positioning themselves to make money if the eye of Reddit turned that way. "People have spent all week running their screens on other situations that might fit this criteria. You're going to see more of it," the banker said.