Togo went to the polls Saturday in an election widely expected to see President Faure Gnassingbe claim a fourth term in power and extend his family's half-century domination of the West African nation. 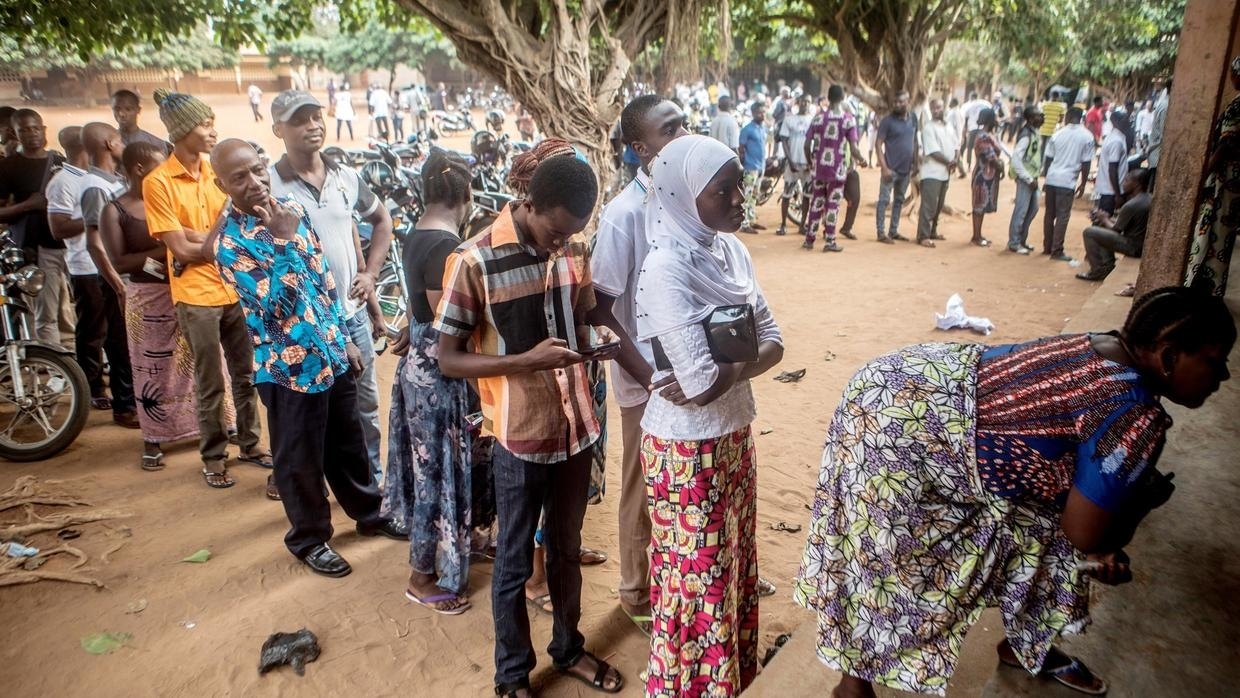 The incumbent, 53, has led the country of eight million people since 2005 following the death of his father Gnassingbe Eyadema, who ruled with an iron fist for 38 years.

The head of state has travelled to the north of the country to vote in Kara, whence the Gnassingbe family originate.

He faces opposition from six other candidates who face a mammoth task to persuade the 3.6 million registered voters to oust him.

Main opposition leader Jean-Pierre Fabre of the National Alliance for Change came second at the last two elections but has failed to keep the opposition united.

"The Togolese want change, they want an alternative," the 67-year-old warned as he voted in Lome.

"And when we see all this mobilisation and all the methods of fraud put in place by the government, if at the end of the election, the government dares to say that it has won, imagine the rest."

Agbeyome Kodjo, who served as prime minister under Gnassingbe's father, is seen as a potential dark horse after winning the backing of an influential Catholic archbishop.

One name not on the ballot is Tikpi Atchadam, a politician from second city Sokode who shot to prominence in 2017 at the head of anti-government protests.

But he fled Togo for Ghana in the face of a crackdown by the authorities on his supporters and has seen his influence dwindle.

In Lome, some voters were out early to cast their vote in the hope the election may bring much-needed change.

"We suffer too much in Togo, this time it has to change," said Eric, a driver in his 30s.

"I am not going to tell you who I will vote for, but this time we don't want to be cheated of victory," he said, adding that he would return in the evening to watch over the counting after polls close at 1600 GMT.

Ruling party supporter Balakebawi Agbang urged people "to turn out in force to make the right choice" so the government can continue its work.

The authorities faced major protests in 2017 and 2018 demanding an end to five decades of dynastic rule that have failed to lift many out of poverty.

But the demonstrations petered out in the face of government repression and squabbles among the opposition.

Last year, Gnassingbe pushed through constitutional changes allowing him to run again -- and potentially remain in office until 2030.

Critics insist the vote will not be free and fair.

This week, 500 local observers lost their accreditation, accused of interfering in the electoral process, and the system of electronic security of the results was cancelled at the last moment by the Independent National Electoral Commission.

However, some 315 international observers are deployed, mainly from the Economic Community of West African States (ECOWAS) and the African Union, with many African states supporting the incumbent.

"We have been filming this morning to see how the operations are going," Hery Rajaonarimanpianina, head of the AU mission and former Madagascar president, told AFP.

"Where we were, the offices opened on time, the voters were there, the staff and the equipment were there, so we hope everything will continue to go well."

Stability and security are central to Gnassingbe's message as Togo eyes the jihadist violence rocking its neighbour Burkina Faso to the north.

The country has so far managed to prevent the bloodshed spilling over and its army and intelligence service are among the most effective in the region.