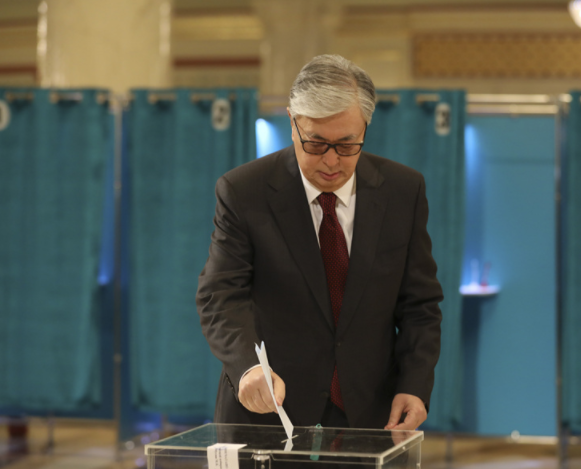 The exit poll conducted by Kazakhstan's Public Opinion Research Institute suggested that Tokayev is taking a lead in the presidential race by garnering 70.13 percent of the votes, followed by Amirzhan Kosanov from the United National Patriotic Movement "Ult tagdyry" with 15.39 percent of the votes.

Meanwhile, according to the exit poll of the LLP Youth Research Institute, 69.94 percent of the voters cast their votes for Tokayev, and 14.96 percent for Kosanov.

In accordance with the constitution of Kazakhstan, the candidate who receives more than 50 percent of the votes shall be considered elected.