TOKYO, July 3 (Xinhua) -- The Tokyo metropolitan government on Wednesday showed to the media construction work at three Olympic and Paralympic sports venues and the athletes' village, with the main stadium about 90% completed. 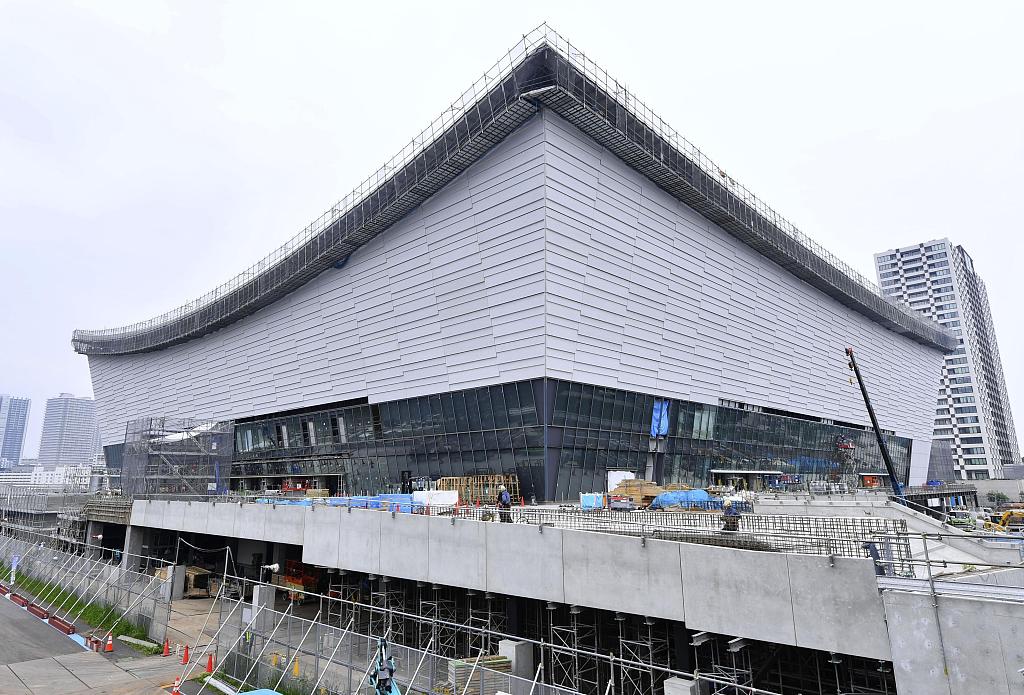 Photo taken in Tokyo on July 3, 2019, shows Ariake Arena, a Tokyo Olympics and Paralympics venue for volleyball and other sports, under construction. (Photo: VCG)

The New National Stadium will host the opening and closing ceremonies of the Olympics and Paralympics, as well as the Olympic women's soccer final. The construction work started in December 2016.

The Japan Sport Council (JSC), which oversees the building of the stadium, said the exterior of the 150 billion yen (1.3 billion US dollars) multi-purpose stadium is nearly finished, the laying of grass is scheduled for mid-July, and the running track will be installed in August and September.

The JSC said a completion ceremony is scheduled for mid-December, and an inauguration event featuring athletes and artistic performers open to the general public will be held on Dec. 21.

"We hope to keep up the good work for the remaining five months and do a thorough job," a JSC official said.

A total of 185 fans and a spray system in eight areas will cool the stadium, while organizers continue to explore ways to cope with the sweltering heat, which could pose health risks to athletes, spectators and staff.

The first sporting event to be held in the venue will be the Emperor's Cup soccer final on Jan. 1 next year.

The Tokyo Olympic Games will be held from July 24 to August 9, 2020, followed by the Paralympic Games from August 25 to September 6.