A strong typhoon that could bring record winds and rain was poised to make a direct hit on Tokyo later Sunday, as authorities warned of high waves, landslides and flooding. 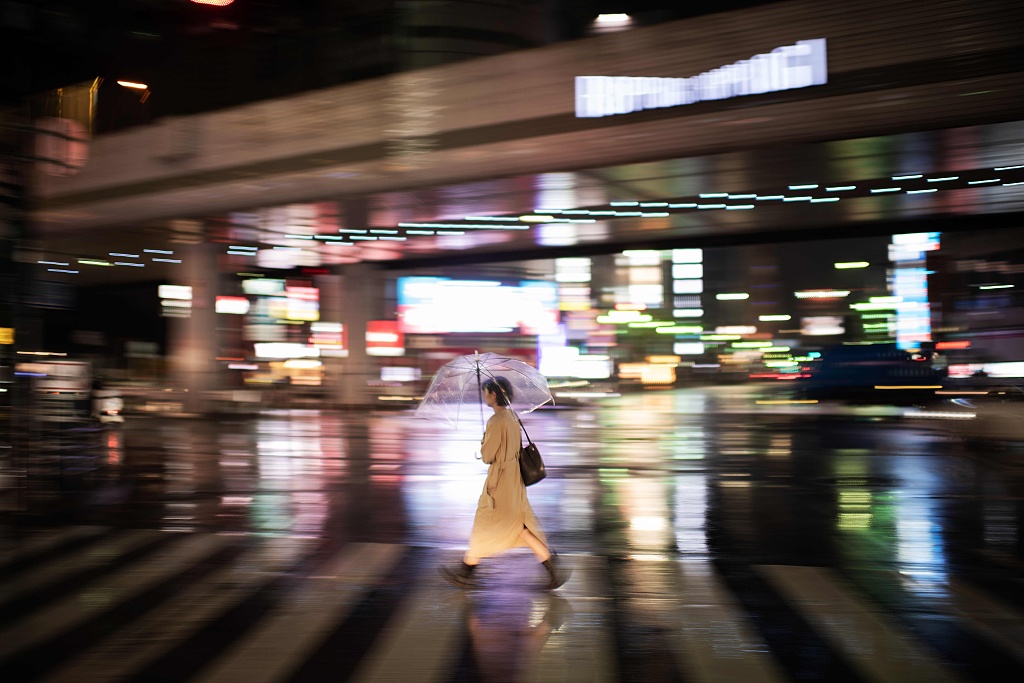 A woman protects herself from the rain with an umbrella in the streets of Tokyo, on September 30, 2018 as Japan is hit by typhoon Trami. (File photo: VCG)

Typhoon Faxai, packing winds of up to 216 kilometres (134 miles) per hour, is forecast to reach coastal areas near Tokyo in the late hours of Sunday into Monday morning, Japan's meteorological agency said.

"Please be on full alert against gusts and high waves and be vigilant about landslides, floods and swollen rivers," the agency said in a statement.

Eight surfers were rescued amid high waves off Shizuoka in cental Japan after they were swept out to sea, local officials said.

"We sent two of them to hospital but no one was in danger of dying," he added.

The storm was already affecting transport in the region as operators cancelled some Shinkansen bullet train services and ferries.

Some 30 flights will be grounded later in the day and some coastal highways were closed west of the capital in Kanagawa due to the storm, according to local media.

Faxai was churning near Hachijojima island, south of Tokyo in the Pacific, at 1:00pm on Sunday (0400 GMT), travelling northwest at a speed of 30 kilometres and already producing high waves.