TOKYO, Aug. 6 (Xinhua) -- The Tokyo metropolitan government reported 4,515 daily COVID-19 cases, and Osaka Prefecture confirmed a record 1,310 infections Friday, with growing concerns about the potential collapse of medical systems in Japan amid a resurgence of COVID-19. 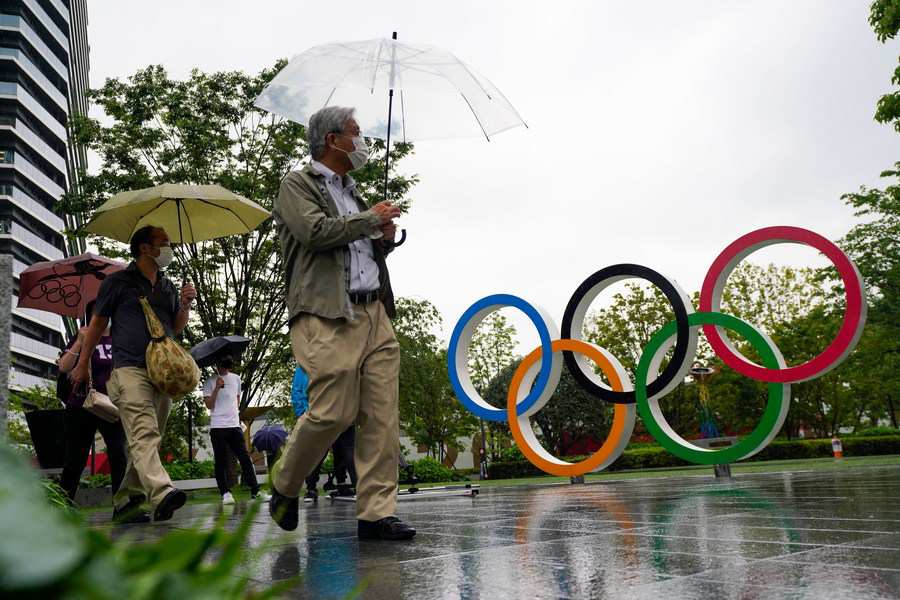 People walk past the Olympic Rings near the new National Stadium in Tokyo, Japan on July 8, 2021. (Photo: Xinhua)

Hosting the Olympic Games while under a state of emergency, Tokyo hit record infection figures for two consecutive days through Thursday, when it confirmed 5,042 cases.

Japanese Prime Minister Yoshihide Suga said Friday that with the consideration of the COVID-19 situation, whether to hold the Paralympics with spectators would be discussed by a five-party meeting involving organizers and his government.

The Olympics have been held mostly without spectators amid the COVID-19 pandemic.

"I do not hold the view that the Tokyo Olympics are leading to the spread of the virus," Suga said at a press conference in Hiroshima, adding that compared with the number of people going outside prior to the Olympics, the number has not increased after games started.

With the spread of the highly contagious Delta variant of COVID-19 in Japan, the Japanese government expanded the state of emergency earlier this week and decided to put more prefectures into a quasi-state of emergency.