The head of Tokyo's city government has declined to weigh in on the future of Japanese Olympic Committee President Tsunekazu Takeda, who is being investigated for his part in an alleged bribery scandal. 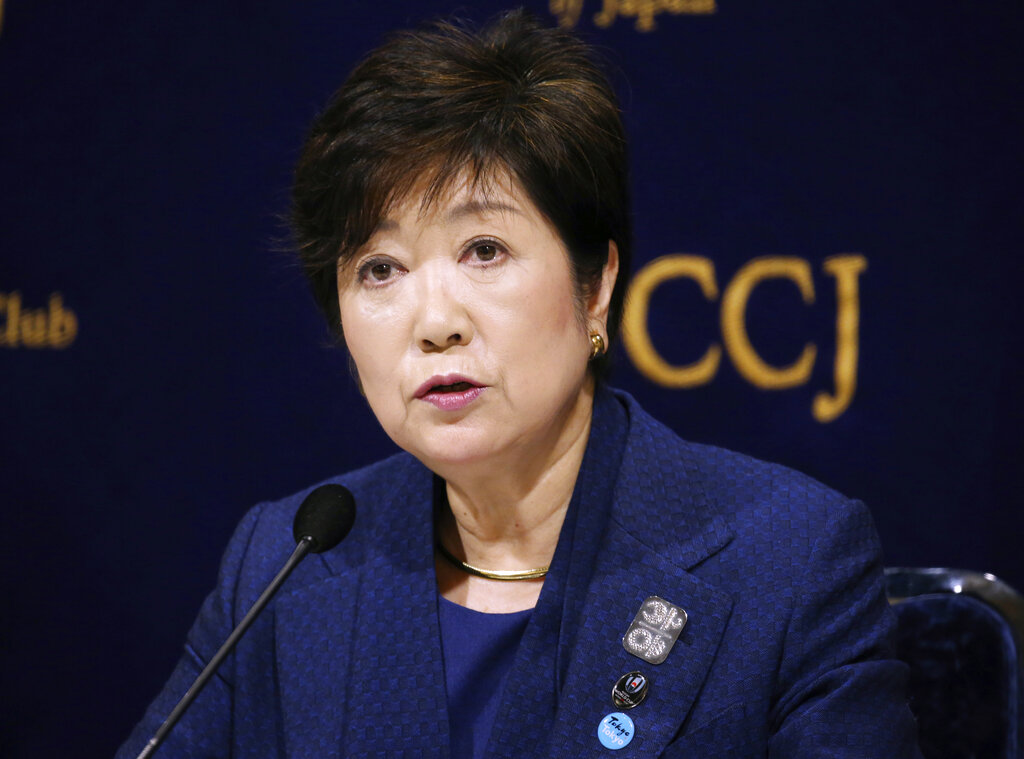 Asked Monday if Takeda should resign, Tokyo Governor Yurkio Koike told reporters: "This is an issue for the JOC. Therefore, as the government of Tokyo, we are looking at what efforts need to be made in order to ensure the success of the games."

Members of the JOC executive board are up for re-election this summer. There is speculation Takeda will not run, or could be replaced. French investigators believe he may have helped Tokyo win the 2020 Olympics in a vote by the International Olympic Committee.

Takeda has been JOC president since 2001. He is also a powerful IOC member and the head of its marketing commission. He has not stepped aside from either position while the IOC's ethics committee investigates.

French authorities suspect that about $2 million paid by the Tokyo bid committee — headed by Takeda — to a Singapore consulting company, Black Tidings, found its way to some IOC members in 2013 when Tokyo won the vote over bids from Istanbul and Madrid.

Takeda last month acknowledged he signed off on the payments but denied corruption allegations. An internal report in 2016 by the Japanese Olympic Committee essentially cleared Takeda of wrongdoing.

Tokyo is spending at least $20 billion to organize the Olympics. Games costs are difficult to track, but the city of Tokyo appears to be picking up at least half the bill.

Much of Japan's focus has been to show that the Fukushima area is safe and has recovered from a 2011 earthquake, tsunami, and the meltdowns at three nuclear reactors.

Koike said renewable energy being generated in the Fukushima area north of Tokyo would be converted to hydrogen and used to power the athletes' village in central Tokyo.