TOKYO, June 18 (Xinhua) -- Tokyo authorities may be planning to ease bans on serving alcohol after the state of emergency in the capital is lifted, local media said on Friday. 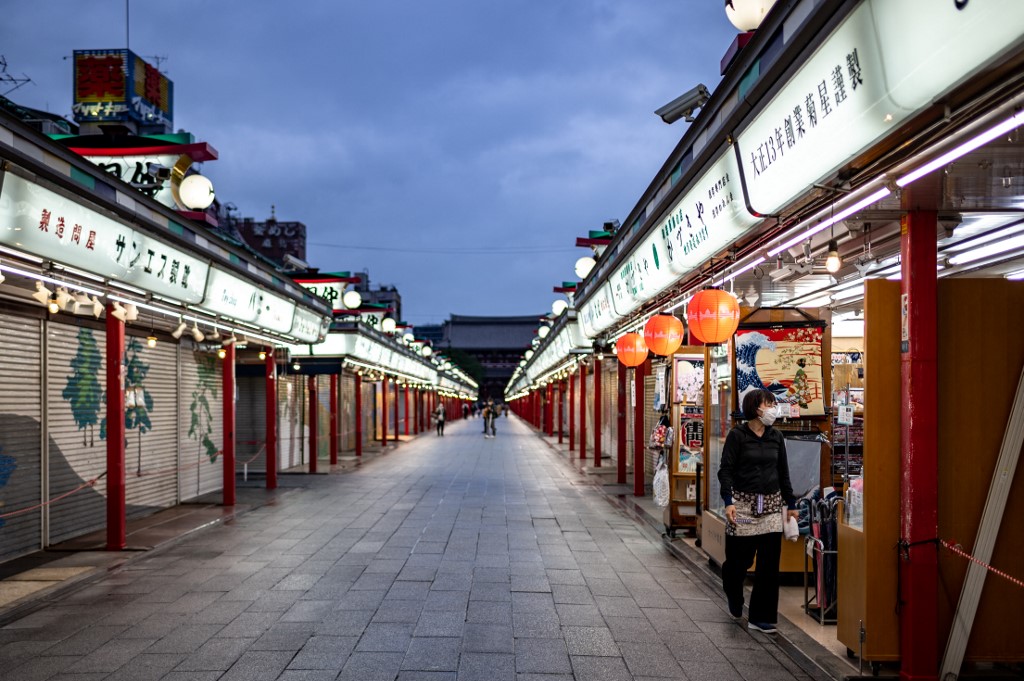 According to the Asahi Shimbun newspaper, citing local government sources, the authorities in the capital are planning to permit the ordering of alcohol between 5 p.m. and 7 p.m. by "solitary drinkers" but the 8 p.m. limit for bars and restaurants to close their doors will remain.

The newspaper indicated the "solitary drinkers" will each be allowed to spend 90 minutes at a particular venue serving alcohol between the designated times.

On Thursday, the Japanese government approved the lifting of the COVID-19 state of emergency for nine prefectures from Monday.

Tokyo, Osaka, Kyoto, and Hyogo have been under a virus state of emergency since April 25.

The state of emergency is currently set to end for all prefectures except Okinawa on June 20.

Okinawa will remain under the current state of emergency until July 11. Japan's southernmost prefecture has seen its healthcare facilities struggling under a surge of COVID-19 patients.

But rather than lifting all virus measures completely, the government will introduce a quasi-state of emergency until July 11 for Tokyo and eight other prefectures.

"The thing we have to be most careful about is preventing a big rebound," Japanese Prime Minister Yoshihide Suga told a press briefing in the matter after finalizing the decision at a coronavirus task force meeting earlier in the day.

Okayama and Hiroshima prefectures, meanwhile, due to seeing the virus rate and burden on medical facilities drop, will be exempt from further emergency virus measures.

In contrast to the fully-fledged state of emergency which banned alcohol, under the quasi-state of emergency, serving alcohol will be allowed until 7 p.m. provided antiviral measures are followed.

Restaurants will, however, continue to be requested to shut at 8 p.m., with governors having the power to institute tougher restriction as they deem fit.

But with around one month to go until the summer Olympics, the biggest quadrennial sporting event in the world, is set to begin in Tokyo, concerns remain that infections could rebound.

Shigeru Omi, the government's top COVID-19 adviser, in a press conference with Suga warned people to keep their guards up as to date only one in six people have received at least one vaccination shot amid the country's slow inoculation rollout.

"People will get a sense of security after getting vaccinated, but it's too early to begin letting our guard down. Keep your masks on," Omi said in the press conference with Suga.

Chiba, Kanagawa and Saitama, currently under a quasi-state of emergency, will see it extended until July 11, while Gifu and Mie will have all restrictions lifted at the end of the weekend, under the latest plan.

Despite nationwide COVID-19 cases dropping from their daily peak at more than 7,000 in early to mid-May during the fourth wave of infections, with cases in the capital also down notably, the highly transmissible Delta strain of the virus could cause infections to rebound as the Olympics are under way, experts here have warned.