WORLD Tokyo organizers, IOC going ahead as planned with Olympics

Tokyo organizers, IOC going ahead as planned with Olympics 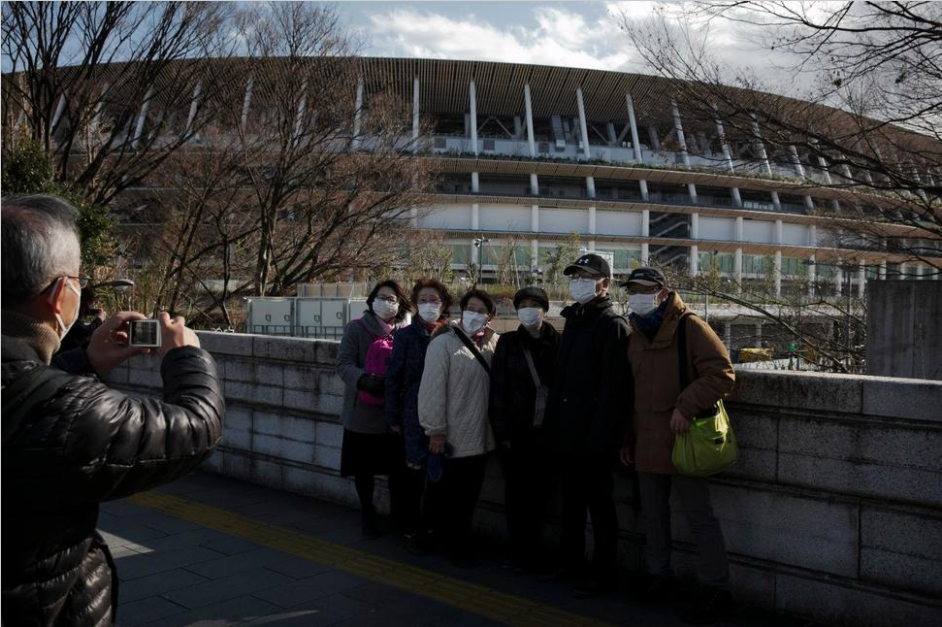 Photo: Tourists wear masks as they pause for photos with the New National Stadium, a venue for the opening and closing ceremonies at the Tokyo 2020 Olympics, Sunday, Feb. 23, 2020, in Tokyo. /AP

A spokesman for the Japanese government on Wednesday said the International Olympic Committee and local organizers are going as planned with the Tokyo Olympics despite the threat of the spreading coronavirus.

The comments from spokesman Yoshihide Suga follow the assertion by IOC veteran member Richard Pound that organizers face a three-month window to decide the fate of the games.

Pound told the Associated Press that the fast-spreading virus could cancel the Olympics. Suga says Pound's opinion does not reflect the official view of the IOC, which has repeatedly said there are no plans to cancel or postpone the Tokyo Games.

“With regard to this member’s comment, the IOC has responded that this is not their official position, and that the IOC is proceeding with preparations toward the games as scheduled,” Suga said, speaking in Japanese at his daily news conference.

Pound is a former IOC vice-president and a member since 1978, and was the founding president of the World Anti-Doping Agency.

He also represented Canada as a swimmer at the Olympics.

In a telephone interview from Montreal, Pound said the IOC has a three-month window to decide, and suggested other options like moving events of postponing seemed less likely.

“In and around that time,” he said, "I'd say folks are going to have to ask: 'Is this under sufficient control that we can be confident about going to Tokyo or now?'”

If the IOC decides the games cannot go forward as scheduled in Tokyo, "you're probably looking at a cancellation," said Pound, who repeated the IOC's stance that as of now the games are on.

The three-month window also goes for sponsors and television broadcasters who need to firm up planning. Not to mention travelers, athletes and fans with 7.8 million tickets available for the Olympics and 2.3 million for the Paralympics.

As the games draw near, Pound said, “a lot of things have to start happening You've got to start ramping up your security, your food, the Olympic Village, the hotels. The media folks will be in their building their studios.”

The threat of the virus seems to be growing.

At a government task force meeting Wednesday on the virus outbreak, Prime Minister Shinzo Abe said he was asking organizers to cancel or postpone major sports or cultural events over the next two weeks.

“The next one to two weeks is extremely important for the prevention of the escalation of the infection,” Abe said. “We ask organizers to cancel, postpone or scale down the size of such events.”

He did not name specific events but said he was speaking about nationwide events that attract large crowds.

Olympics Minister Seiko Hashimoto, speaking in parliament, said “we believe it is necessary to make a worst case scenario in order to improve our operation to achieve success.” She added plans were being made “so that we can safely hold the Tokyo Olympics.”