TOKYO, July 7 (Xinhua) -- The Tokyo metropolitan government on Tuesday confirmed 106 new daily COVID-19 infections in Tokyo, with the number of new cases topping 100 for the sixth straight day in the Japanese capital. 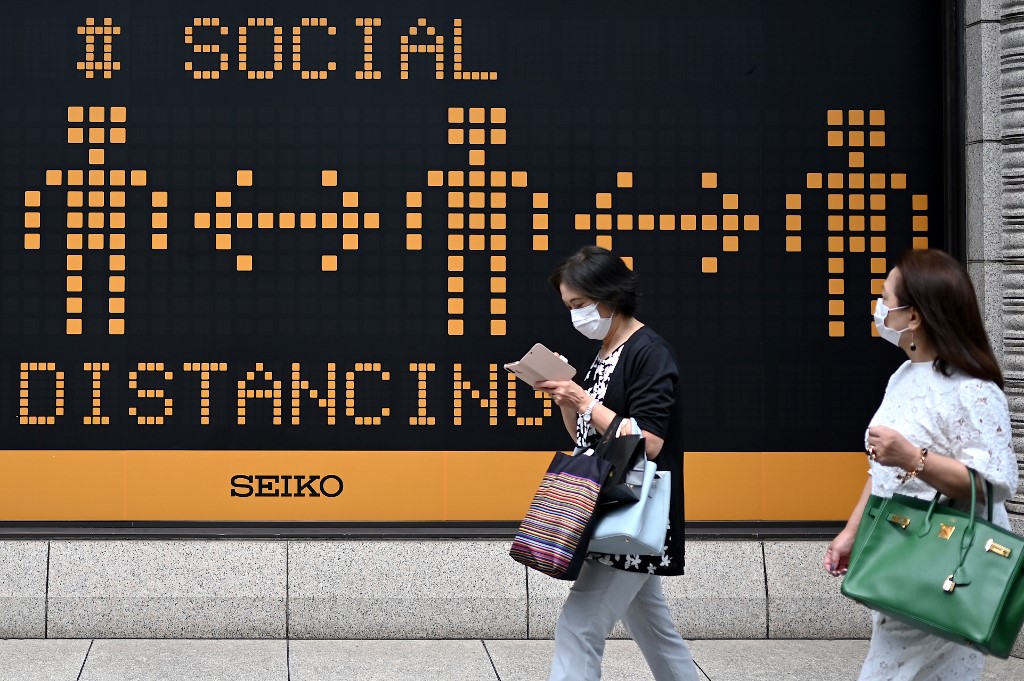 Masked pedestrians walk past a billboard reminding people on social distancing practices amid the COVID-19 coronavirus pandemic in Tokyo on June 23, 2020. (Photo: AFP)

The city has been grappling with a resurgence of cases recently and since the government lifted a nationwide state of emergency declared over the virus' spread in late May.

Many of those testing positive for the pneumonia-causing virus of late have been younger people in their twenties and thirties, Tokyo metropolitan government officials have said, with disproportionately high numbers of cases being found to be connected to Tokyo's downtown nighttime entertainment districts.

Local officials have voiced concerns about the rising possibility of the virus being passed on from younger carriers infected in downtown areas to the elderly, who will likely suffer more severe symptoms that will require hospitalization and could once again put a heavy strain on medical facilities in Tokyo and beyond.

As well as urging those patronizing such nighttime districts to ensure the necessary virus prevention measures are being taken inside the establishments, the Tokyo metropolitan government has also asked residents to refrain from making unnecessary trips across prefectural borders.

Tokyo's cumulative total of COVID-19 cases now stand at 6,973, the highest among Japan's 47 prefectures and accounting for roughly one-third of the nation's total tally, which surpassed the 20,000-mark Tuesday, not including cases connected to a cruise ship that was quarantined in Yokohama near Tokyo.