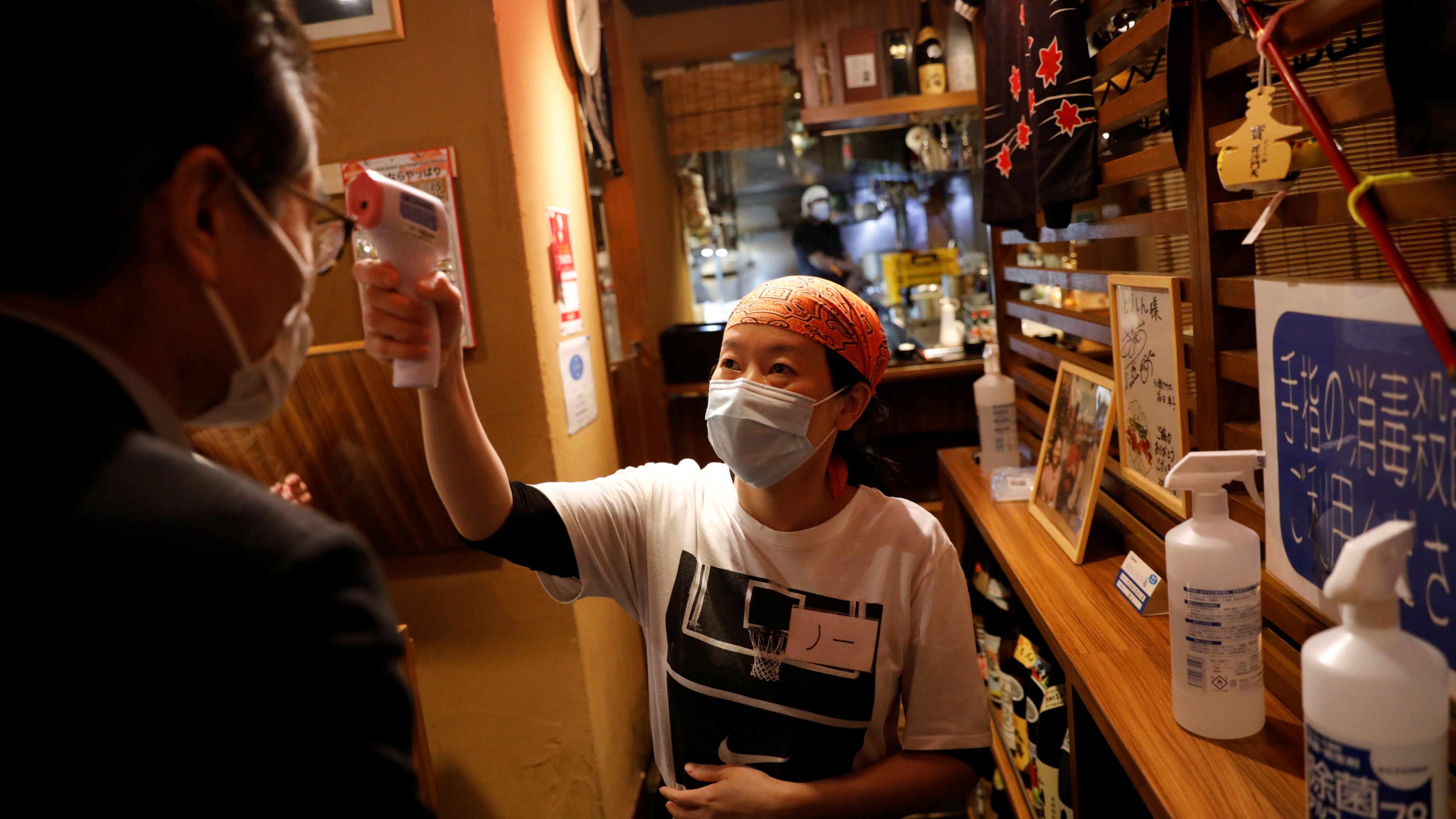 According to the Tokyo metropolitan government's preliminary figures, the latest daily tally marks the third straight day when new cases have been in triple digits.

The metropolitan government said of those newly infected, the majority were aged in 20s and 30s, although numbers in their 40s and 50s were also comparatively high.

The local government added that the number of people who have been hospitalized by the pneumonia-causing virus and designated "seriously ill" as of Thursday totaled 24, based on the Tokyo standard, with the figure remaining the same as the previous day.