Tokyo stocks opened higher Monday on positive sentiment over a US Covid-19 relief bill, but investors remained cautious after Japan detected cases of the new strain of the virus. 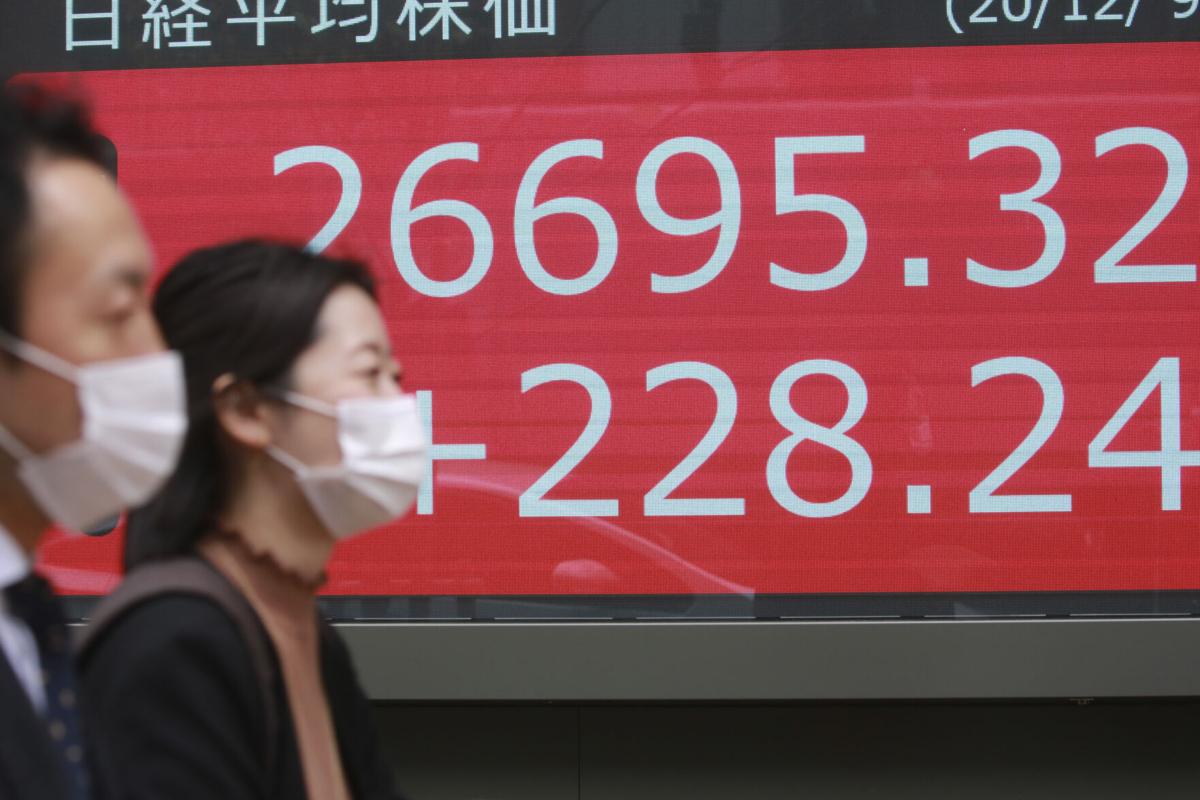 US President Donald Trump on Sunday signed the massive bill he had previously refused to approve after tweeting that he had "good news" to come.

"But players remained cautious about the impact of rising coronavirus infections, including the country's first cases of the new strain, on the Japanese economy," Horiuchi told AFP.

Japan said Saturday it would halt all new non-resident foreign arrivals from overseas from Monday until late January, strengthening its current border restrictions.

Just before the opening bell on Monday, the government said its industrial production in November was flat compared to the previous month.

In Tokyo, Mitsubishi Heavy Industries rallied 2.60 percent to 2,977.5 yen following a report that the firm plans to build a massive zero-carbon steel plant running on hydrogen in Austria.

But Japan Airlines dropped 2.57 percent to 1,852 yen with its domestic rival ANA Holdings also down 1.99 percent at 2,136.5 yen on concerns over the pandemic.