Tokyo to pay nightclubs to close as virus cases surge

Tokyo unveiled plans Thursday to offer nightclubs subsidies to close as new coronavirus infections in the capital hit a single-day record, with many linked to entertainment districts. 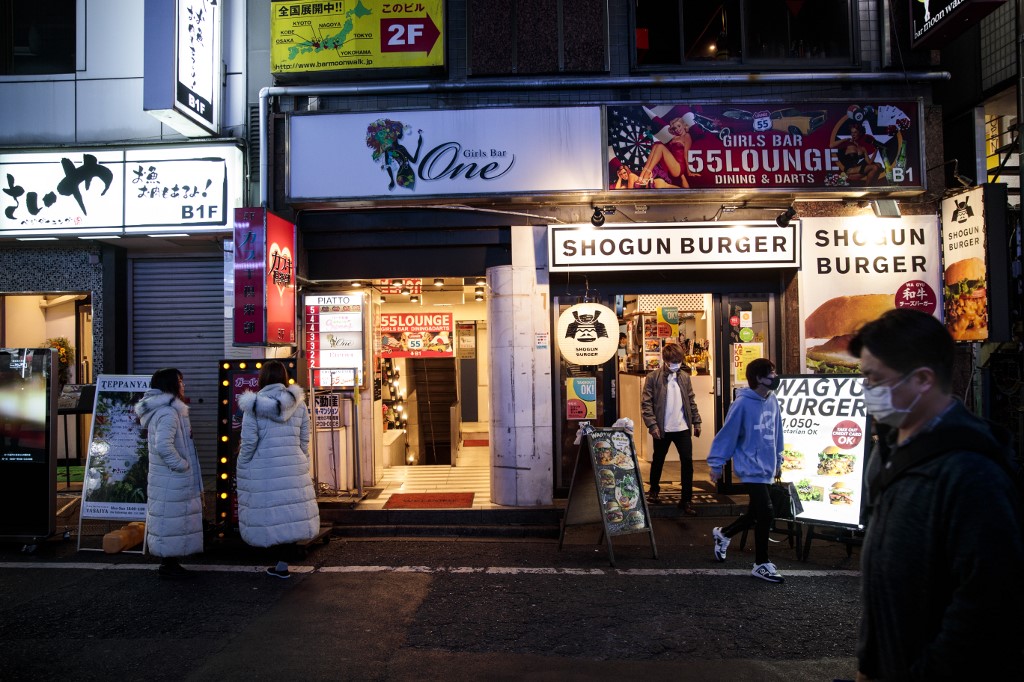 Under the plan, the Tokyo metropolitan government will give 500,000 yen (US$4,660) to nightclubs and other venues -- including so-called host and hostess bars -- if they close for more than 10 days, local media reported.

The bars are often used by businessmen to entertain clients.

"Money may only go to clubs, not individual hostesses," she added. "I'm afraid that the effect of the proposed subsidies may be limited."

The measures came after a fresh surge in coronavirus cases in Tokyo, particularly in the capital's major commercial and entertainment districts, including famed Shinjuku.

Tokyo said the number of new coronavirus infections reached a single-day record of 224 on Thursday.

"The number of cases related to night-time districts played a role to a certain extent," Tokyo Governor Yuriko Koike said.

"We need to be on further alert," she added.

Despite the record number and recent rises in cases, the government has said there is no need to reimpose restrictions and spokesman Yoshihide Suga said plans to further loosen rules on mass gatherings would go ahead on Friday.

From tomorrow, baseball stadiums will be able to admit 5,000 spectators -- or 50 percent capacity, whichever number is smaller.

But fans are expected to be asked to wear masks, wash their hands frequently and avoid shouting.

Japan has had a relatively small coronavirus outbreak, with just over 20,000 recorded cases and a total of 981 deaths.

In April, a spike in infections prompted Prime Minister Shinzo Abe to declare a nationwide state of emergency, handing Tokyo and other regional governors the power to ask people to stay indoors and call for businesses to close.

Abe lifted the emergency declaration in late May as the outbreak appeared to slow, but said it would take "quite a long time" for the country to fully return to normal.

The epidemic has already forced a one-year delay to the summer Tokyo Olympics, and caused the suspension of activities ranging from sumo to a summer high-school baseball tournament -- an enormously popular event that receives extensive television coverage.