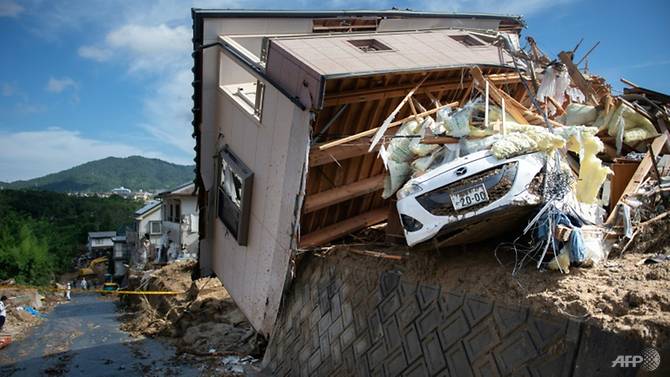 Record floods in Japan have killed more than 100 people as authorities warn about the risk of landslides. (Photo: AFP/Martin Bureau)

The toll in deadly rainfall that has devastated parts of Japan with flooding and landslides rose Tuesday to 141, as hopes faded that further survivors could be found.

Dozens of people are still missing, and with the rains finally letting up on Monday, rescue workers were able to reach previously cut-off places where authorities fear more bodies may be trapped beneath debris.

With the toll mounting, Prime Minister Shinzo Abe cancelled a four-country foreign trip, and he was expected to visit the disaster-hit region later this week. 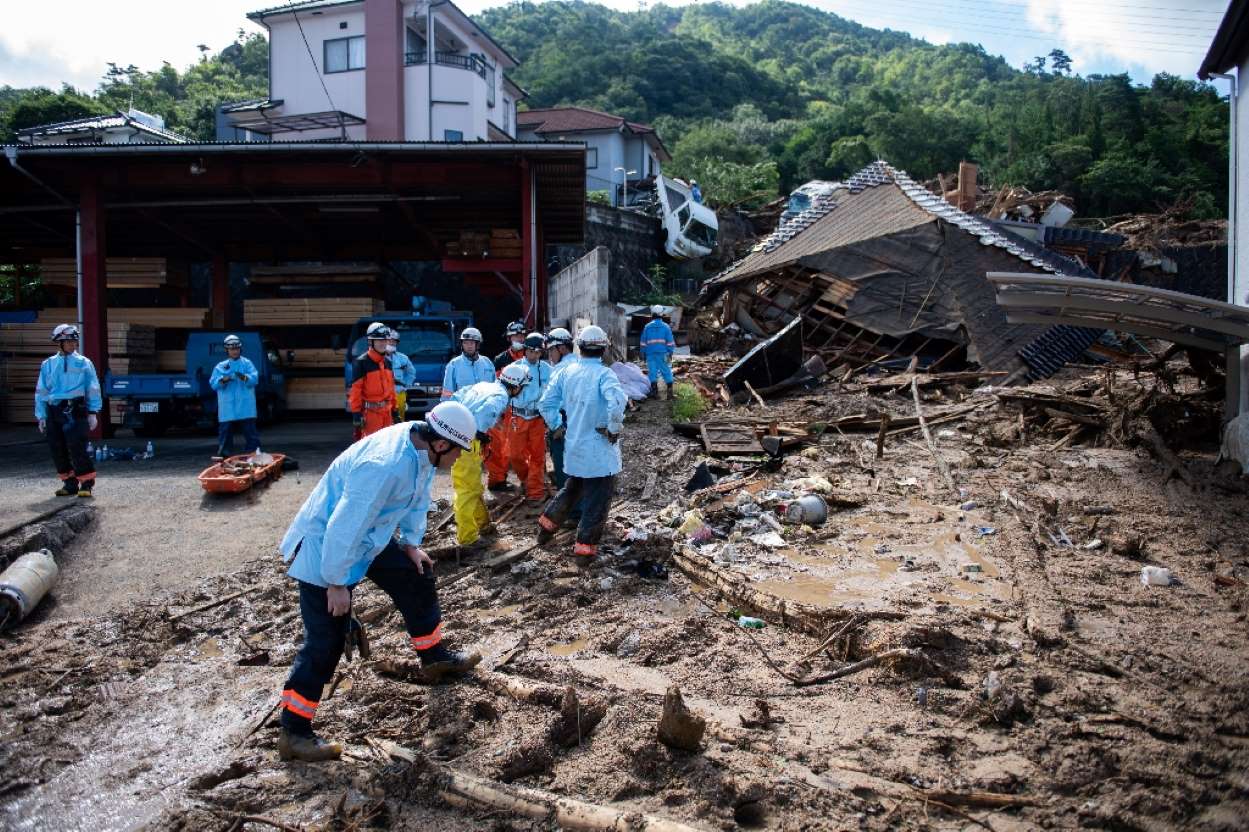 Rescuers clear debris scattered on a street in a flood hit area in Kumano, Hiroshima prefecture.

Over 70,000 emergency workers have been deployed to dig through flood waters and the aftermath of landslides that have transformed the landscape in parts of central and western Japan.

But four days after the worst of the rains began, hope was starting to fade that the search would find new survivors. 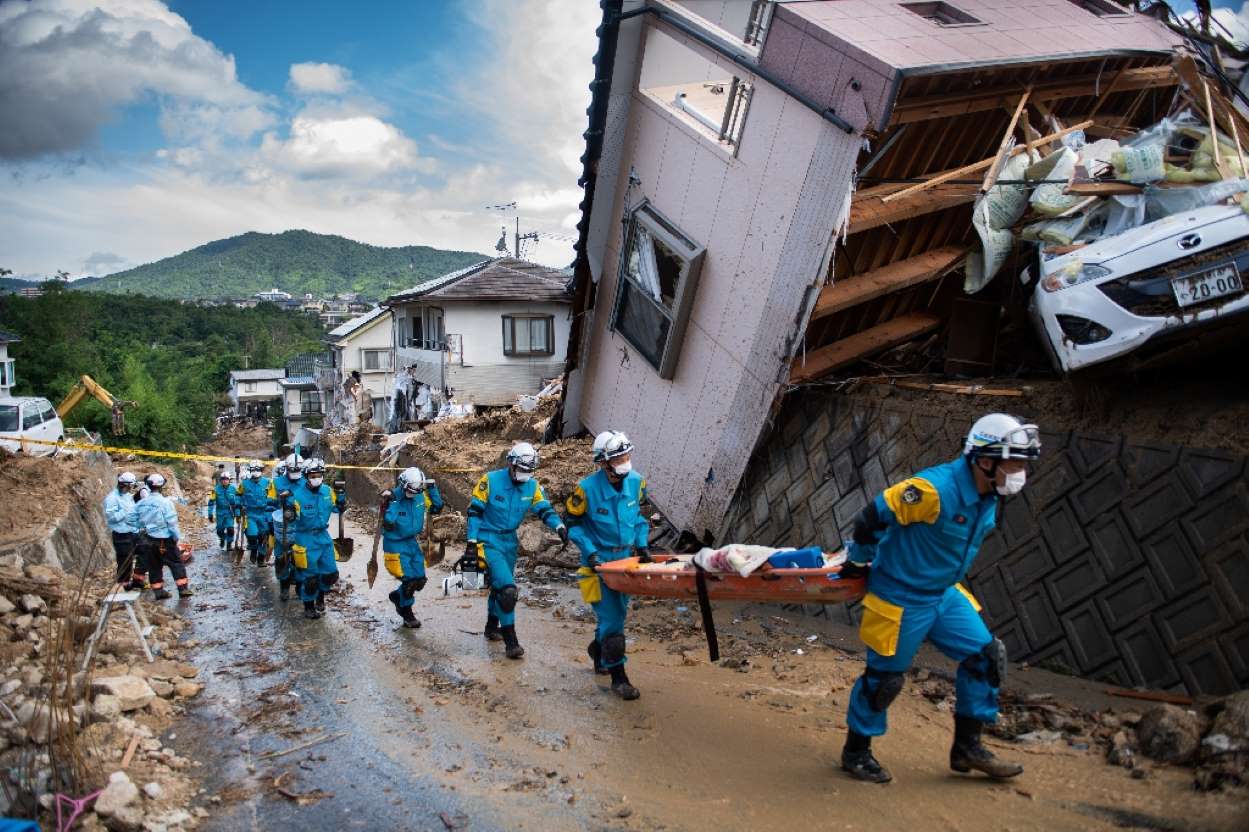 In one part of Kumano, Japan, the nose of a white car was just visible underneath the top floor of a home that had been torn from the rest of the building and swept down a hillside by floods.

"I have asked my family to prepare for the worst," said Kosuke Kiyohara, 38, as he waited for word of his sister and her two young sons in the town of Kumano.

"I can't reach her phone," he told AFP on Monday, sitting across from a house that had been ripped apart and tossed on its side by a huge landslide.

Rescue workers acknowledged the odds of finding people alive were getting longer.

"It's possible that survivors will be found, but as the days pass the likelihood becomes slimmer," a soldier nearby told AFP.