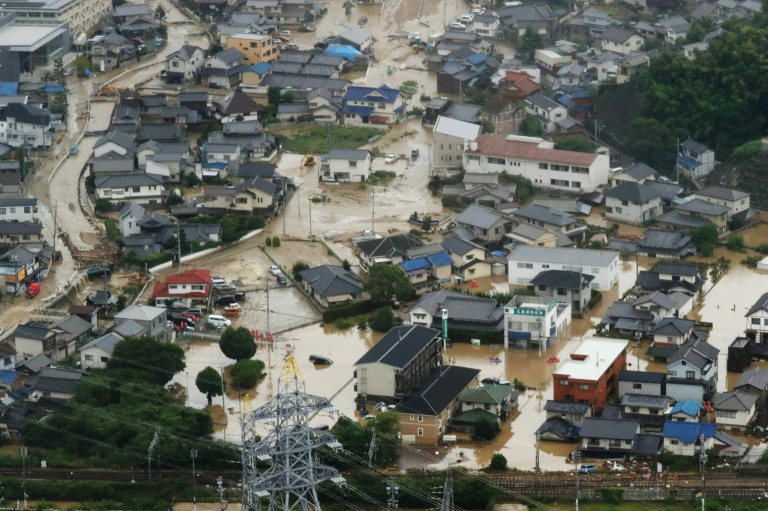 The toll in days of devastating rains in Japan has risen to 100, the government's top spokesman said Monday, as search-and-rescue operations continued.

Yoshihide Suga said 87 people had been confirmed dead from the severe floods, with another 13 found with no vital signs, adding that more than a dozen people were still missing.