SUVA, Jan. 26 (Xinhua) -- At least 150 people from the most affected outer islands by the recent violent eruptions of the Hunga Tonga-Hunga Ha'apai volcano have been relocated to Tonga's capital city Nuku'alofa. 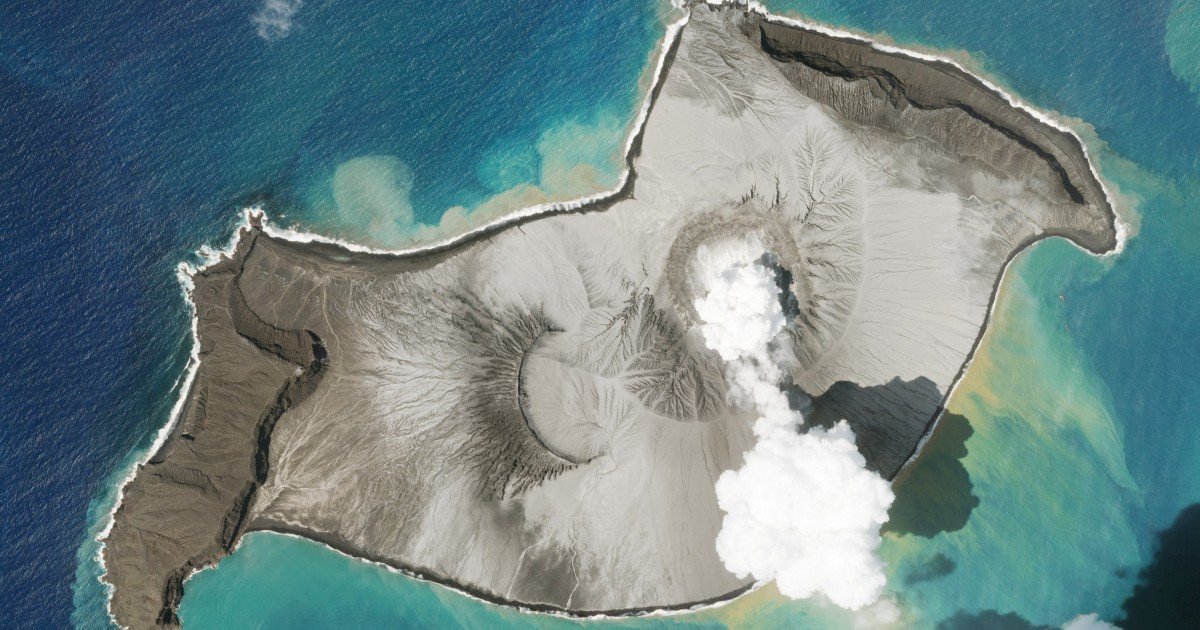 According to Radio New Zealand on Wednesday, Tonga's Speaker of the Legislative Assembly Lord Fakafanua said that an emotional welcome ceremony was held for the evacuees on arrival in Tongatapu, Tonga's main island in which Nuku'alofa is located, starting with a church service.

Tonga faces a long road to recovery, with most of the population affected by the violent eruptions and tsunami that followed, and many areas still scrambling to restore basic necessities.

The relief supplies such as water, food and shelter are still the priority in Tonga's recovery and the international community has since been busy sending emergency supplies to Tonga.

The Tongan government has said earlier that almost 85 percent of the island nation's population has been affected by the volcanic eruption and tsunami on Jan. 14 and 15.

So far, at least three people have been killed and 14 others have been injured, but the Tongan government feared that the death toll would rise in the weeks to come.

Currently, telecommunications remain cut off in the Ha'apai and Vava'u group of islands in Tonga, with satellite phones being their only way of contacting the outside world. The Tongan authorities are now working with local telecommunications companies to expand network capacity in the island nation.

Meanwhile, the Suva-based Pacific Islands Forum (PIF) has launched a fundraising appeal to help Tonga's recovery from the volcanic eruptions and tsunami.

"It's with that in mind, and the extent of the damages we have seen to date, that we have launched the Blue Pacific Tonga Appeal, to help mobilize financial support for Tonga's recovery efforts," said PIF secretary general Henry Puna.

Fiji has sent a group of 51 military personnel to deploy in Tonga with Australian military soldiers. Fijian Minister for Disaster Management Inia Seruiratu said on Wednesday that the country is pursuing logistics and paperwork to send further assistance to Tonga.

Fiji may send a ship with relief supplies to Tonga in recent days, he added.

The Hunga Tonga-Hunga Ha'apai volcano, about 65 km north of Nuku'alofa, is part of the highly active Tonga-Kermadec Islands volcanic arc, a subduction zone extending from New Zealand north-northeast to Fiji. Over the past decades, the volcano has erupted several times.