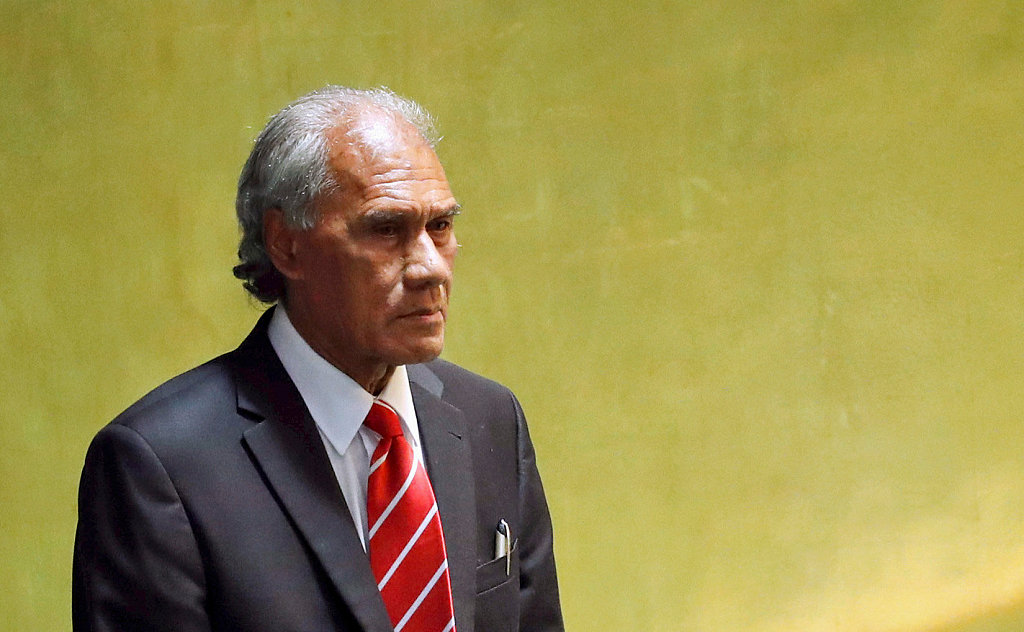 "There is obviously work under way to ensure that we work alongside Tonga around repatriation issues," she said.

Tongan authorities are yet to make public statements on Pohiva's death.

Pohiva had been hospitalized for two weeks in the Tongan capital of Nuku'alofa with pneumonia, according to New Zealand's news website Stuff.

He was urgently transferred to New Zealand on Wednesday night for treatment, but passed away on Thursday morning, said the report.

Pohiva was first elected as prime minister in 2014.