LONDON, Jan. 11 (Xinhua) -- The leader of the largest business organization in Britain warned on Friday that a no-deal Brexit could severely harm the economy. 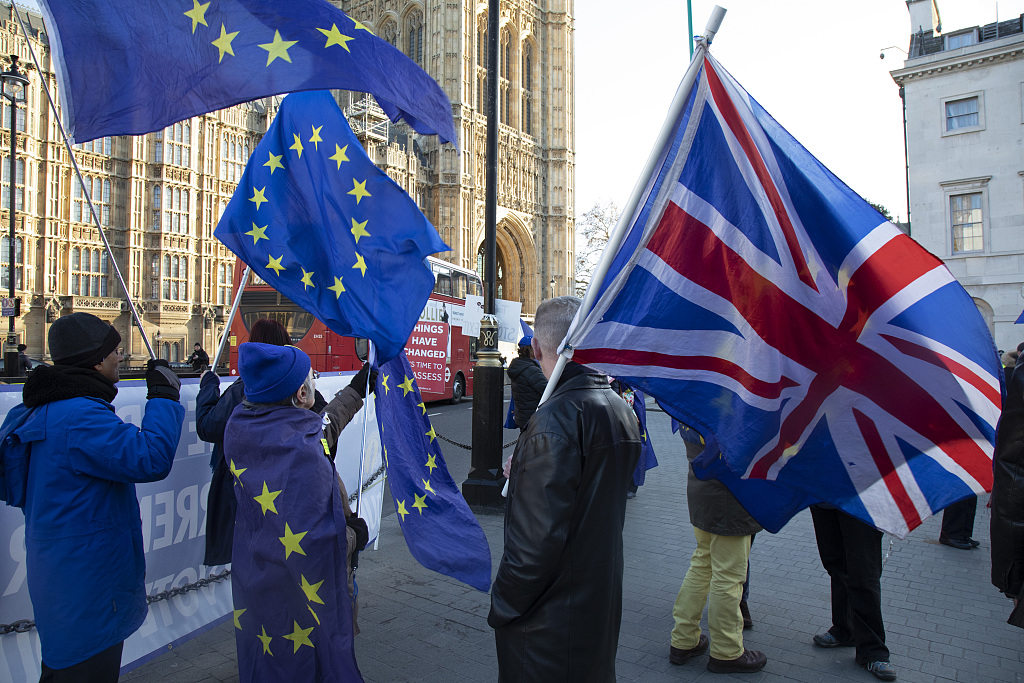 The director general of the Confederation of British Industry (CBI), which represents businesses employing one-third of the private sector workforce, said a no-deal Brexit could result in the economy shrinking by up to 8 percent.

"Businesses would face new costs and tariffs. Our ports would be disrupted, separating firms from the parts they need to supply their customers -- it's too big a gamble to simply hope that Parliament will blink at the brink," Carolyn Fairbairn, CBI director general, said as she addressed business leaders in Bristol in the west of England.

Fairbairn's warning comes just four days before MPs in the House of Commons vote on whether they back Prime Minister Theresa May's Withdrawal Agreement, which she has negotiated with the European Union to take Britain out of the 28-nation bloc.

May leads a minority government, meaning she needs the support of other political parties to continue in power.

A vote on the Withdrawal Agreement was scheduled in the House of Commons in December but delayed until next week because of fears the government would be defeated on its primary policy.

"Next week, MPs face a test: if they meet it with yet more brinkmanship, the country could face a no-deal, disorderly Brexit. The economic consequences would be profound, widespread and lasting -- GDP would decline by up to 8 percent," Fairbairn said.

If the Withdrawal Agreement is rejected by the House of Commons, then an alternative road for Brexit will need to be found.

Fairbairn said that, if there was a no-deal Brexit, export businesses, which currently use trade deals negotiated with third countries such as Turkey, Japan and South Korea, would no longer be able to benefit from those deals, and would face increased tariffs as a result.