Top Democrats call for probe on firing of US intelligence official 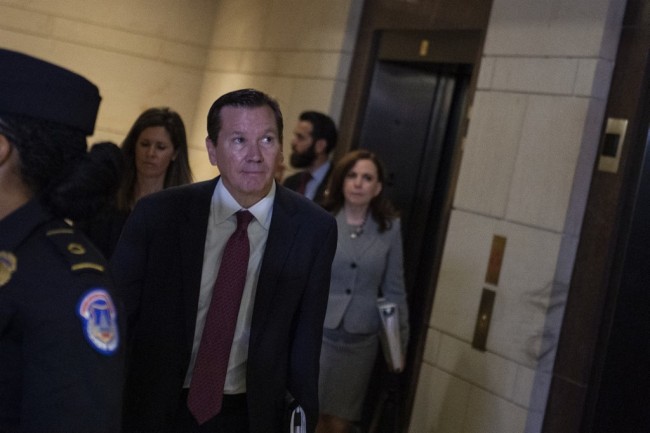 WASHINGTON, April 20 (Xinhua) -- Two top House Democrats said on Monday that they are calling for a review of comments by Attorney General William Barr regarding US President Donald Trump's decision to fire Michael Atkinson, the inspector general of the intelligence community.

In a letter to the watchdog of the Department of Justice (DOJ), Intelligence Committee Chairman Adam Schiff of California and Judiciary Committee Chairman Jerry Nadler of New York said that they want an investigation into whether recent public statements by Barr regarding Atkinson violated applicable DOJ policies and rules of professional conduct.

Schiff and Nadler wrote that, Barr, in an interview with Fox News earlier this month, "blatantly mischaracterized" Atkinson's conduct and the DOJ's own actions relating to the complaint filed last summer by an intelligence community whistleblower and misrepresented the DOJ's legal opinion concerning the whistleblower complaint.

"Public confidence in our system of justice depends on the integrity, fairness, and impartiality of DOJ's leadership. It is, therefore, imperative that the Attorney General be held to the same high standard expected of all Department personnel, particularly in matters involving the President's own interests," they added.

Trump fired Atkinson earlier this month, citing Atkinson's decision last year to inform Congress of the existence of the whistleblower complaint alleging that he sought to pressure the Ukrainian government to launch investigations that could politically benefit him.

The White House and the DOJ blocked Atkinson from sharing the complaint with Congress but public pressure surrounding the episode prompted the administration to share the details with lawmakers in September. A Democratic-led impeachment inquiry into Trump began shortly after that.

Barr, in the Fox News interview, said that Atkinson "was obliged to follow the interpretation of the Department of Justice and he ignored it," claiming that "the president was correct in firing him."

In Monday's letter, Schiff and Nadler said Barr's recent remarks "are part of a disturbing pattern of misrepresenting facts and falsely alleging misconduct by other government officials in order to defend the President's own misconduct."

"Inspector General Atkinson is known throughout the Inspector General community for his integrity, professionalism, and commitment to the rule of law and independent oversight," Horowitz said at the time. "That includes his actions in handling the Ukraine whistleblower complaint, which the then Acting Director of National Intelligence stated in congressional testimony was done 'by the book' and consistent with the law."

Trump called Atkinson a "disgrace" and argued that he "did a terrible job."