WORLD Top diplomats of ROK, US have phone talks over DPRK-US dialogue

Top diplomats of ROK, US have phone talks over DPRK-US dialogue 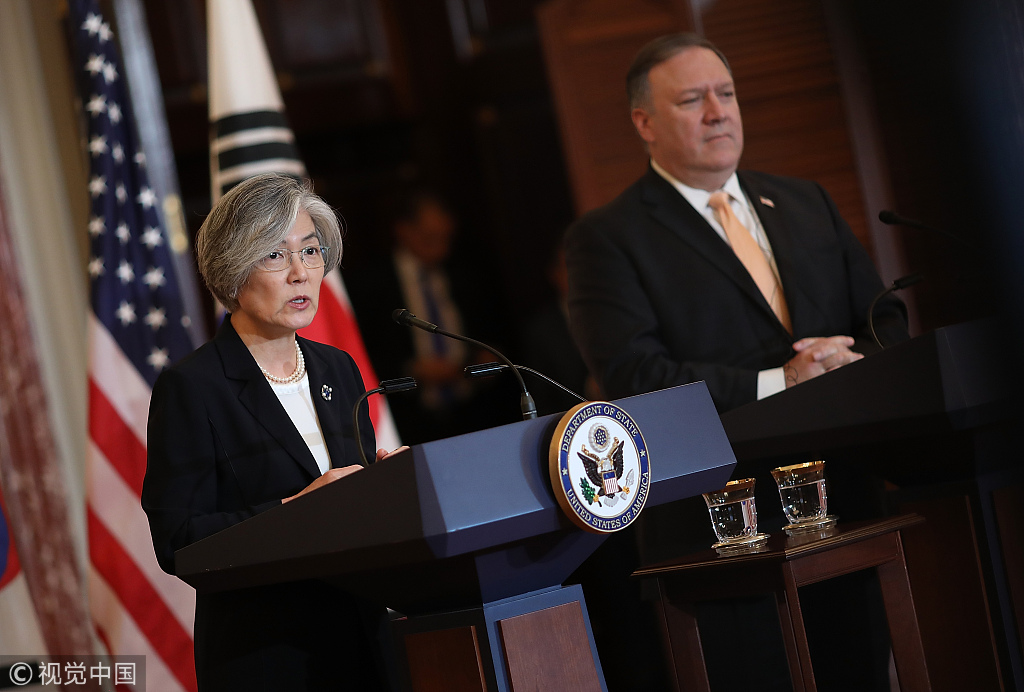 File photo shows US Secretary of State Mike Pompeo (right) and ROK's Foreign Minister Kang Kyung-wha deliver a joint statement and answer questions during a press conference at the US State Department May 11, 2018 in Washington, DC. [Photo/VCG]

The ROK's Foreign Minister Kang Kyung-wha held talks with US Secretary of State Mike Pompeo over the phone for 25 minutes earlier in the day, according to the Ministry of Foreign Affairs.

Kang and Pompeo made an in-depth discussion on the outcome of the ongoing contact between Pyongyang and Washington for the possible DPRK-US summit.

Kim Yong-chol, vice chairman of the ruling Workers' Party of Korea (WPK) Central Committee of the DPRK, travelled to New York to talk with Pompeo about the possible summit between top DRPK leader Kim Jong-un and US President Donald Trump.

During the phone dialogue, Pompeo shared with the ROK's foreign minister the outcome of his discussion in New York with the senior DPRK official in detail as well as the working-level contact between the DPRK and the United States recently held in the inter-Korean border village of Panmunjom.

The DPRK-US summit was originally scheduled to be held in Singapore on June 12.

The two top diplomats also agreed to closely communicate and cooperate via various channels about the DPRK-US summit.