The KCNA reported two rounds of test-firing, giving no details of the site where it took place.

According to South Korea's Joint Chiefs of Staff, the DPRK fired two unidentified projectiles into the eastern waters from its western region Tuesday.

"The recent test-fire was in full line with its purpose and served as an occasion to clearly decide the next-stage orientation to complete the weapon system," said the KCNA.

Kim said that the weapon system has been finally verified in terms of combat operation, the characteristics of trajectory, accuracy and precise homing functions and what remains to be done is "running fire test," the KCNA reported. 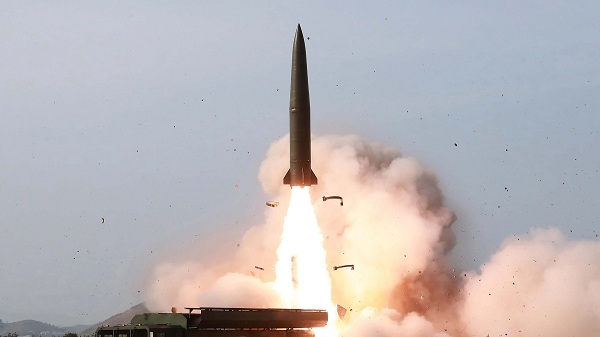 DPRK conducts a "strike drill" for multiple launchers and tactical guided weapon into the Sea of Japan during a military drill in the DPRK, May 4, 2019. (File photo: KCNA)

Kim called for putting the production of DPRK-style tactical guided weapons including "super-large multiple rocket launcher on the highest level and steadily attaining the goals of breaking through the cutting-edge in the field of national defense science," the report said.