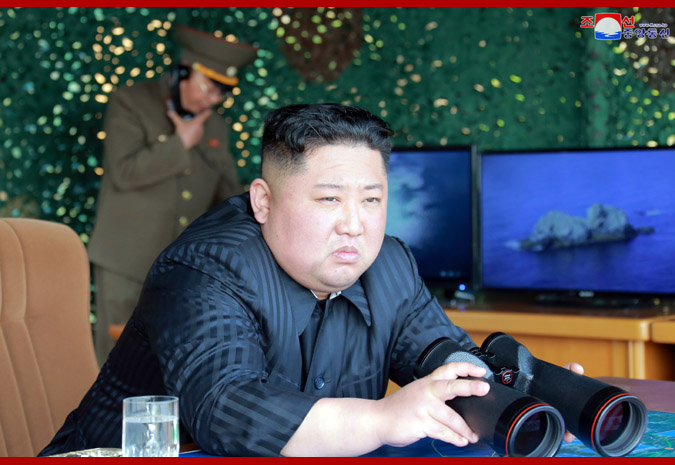 The report said the drill was aimed "to estimate and inspect the operating ability and the accuracy of striking duty performance of large-caliber long-range multiple rocket launchers and tactical guided weapons by defense units based in the frontline area and on the eastern front."

"After setting the sequences and methods of strike, the Supreme Leader gave an order of firing," the report said.

Kim praised the People's Army for its excellent operation of modern large-caliber long-range multiple rocket launchers and tactical guided weapons, and spoke highly of the successful striking drill though it was organized without an advance notice, it said.

Kim also stressed the need for the army to keep high alert posture and more dynamically wage the drive to increase the combat ability so as to defend the political sovereignty and economic self-sustenance of the country.