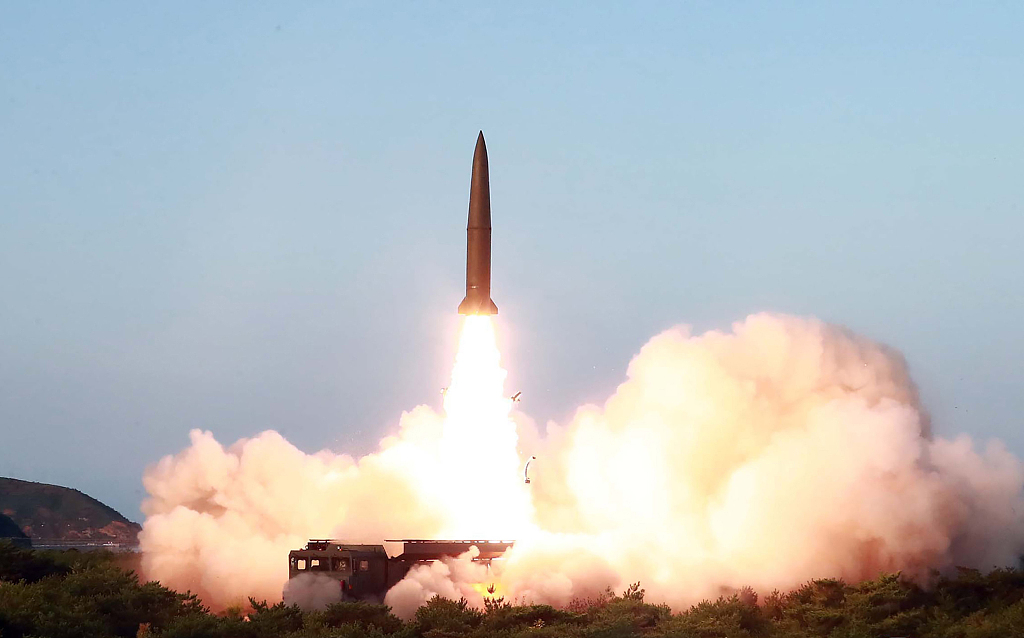 The report said the national defense scientists, whom Kim praised for having developed the weapon in a "shortest span of time," showed "a perfect result" in the test-fire and helped boost confidence in this weapon system. But it did not elaborate what kind of new weapon it was.

Kim stressed the need to keep channeling all-state efforts and render unreserved support to the sacred national defence building "so as to reliably guarantee the sovereignty and security of the country and the happy future of the people," according to KCNA.

He also said the core plan of the ruling Workers' Party of Korea for defense building is to "possess such a powerful force strong enough to discourage any forces from daring to provoke us."

The DPRK on Friday fired two unidentified short-range projectiles off its east coast into the sea, according to South Korea's military.

It was the sixth round of launches in recent weeks and happened after the joint military exercises by South Korea and the United States kicked off on Aug. 5.

The recent weapon tests came as plans to resume working-level talks between Pyongyang and Washington appear to have stalled.