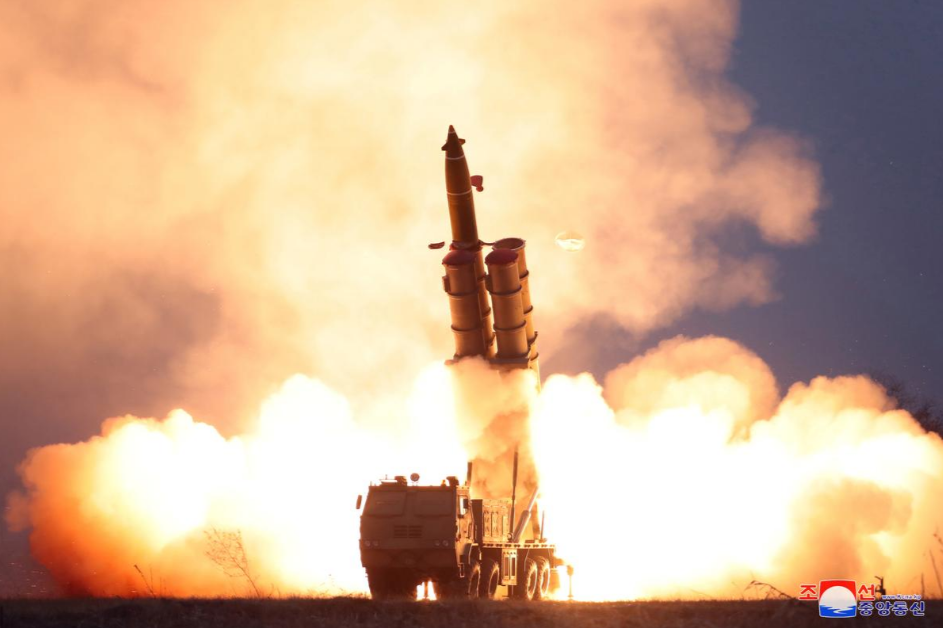 The report said the volley test, which was conducted by the Academy of Defence Science and aimed at examining the combat application of the super-large multiple launch rocket system, proved the military and technical superiority of the weapon system and its firm reliability.

Kim expressed great satisfaction over the results of the test, it said.

The KCNA report did not specify when and where the test was launched, but South Korea's Joint Chiefs of Staff said DPRK fired two unidentified projectiles from its eastern province of South Hamgyong towards the eastern waters around 4:59 p.m. (0829 GMT) local time on Thursday.

The test-firing came about a month after the DPRK launched two projectiles into the eastern waters on Oct. 31.