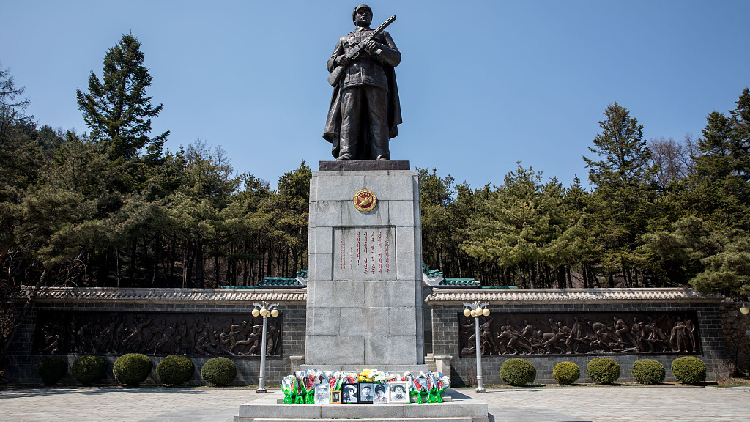 The wreath was sent on Monday by Kim on behalf of all Korean people and was laid before the cemetery of CPV martyrs on the occasion of the 71st anniversary of China's sending the CPV to the War to Resist U.S. Aggression and Aid Korea, the KCNA said.

The historic significance of the CPV's entry into the Korean front, which clearly manifested the friendship and great unity between the peoples of the two countries, remains unchanged as it is even after the lapse of more than 70 years, and it is immortal in the annals of bilateral friendship, the report said.

"The Chinese government made a strategic decision of dispatching the CPV to the Korean front under the banner of resisting America and aiding Korea, safeguarding the home and defending the motherland despite the very difficult situation," Kim was quoted as saying.

The aid "wrote a brilliant page in the history of the DPRK-China friendship with blood and life," Kim said.

The Korean people, he said, will never forget the blood shed by the CPV and the DPRK-China friendship sealed in blood would be further consolidated without any changes from generations to generations.

Besides, the Central Committee of the Workers' Party of Korea (WPK) and the State Affairs Commission of the DPRK also sent their wreathes, according to the report.