The European Union's highest court on Tuesday began considering whether Britain can change its mind about leaving the EU, as British Prime Minister Theresa May battled criticism of her divorce deal from both UK politicians and US President Donald Trump. 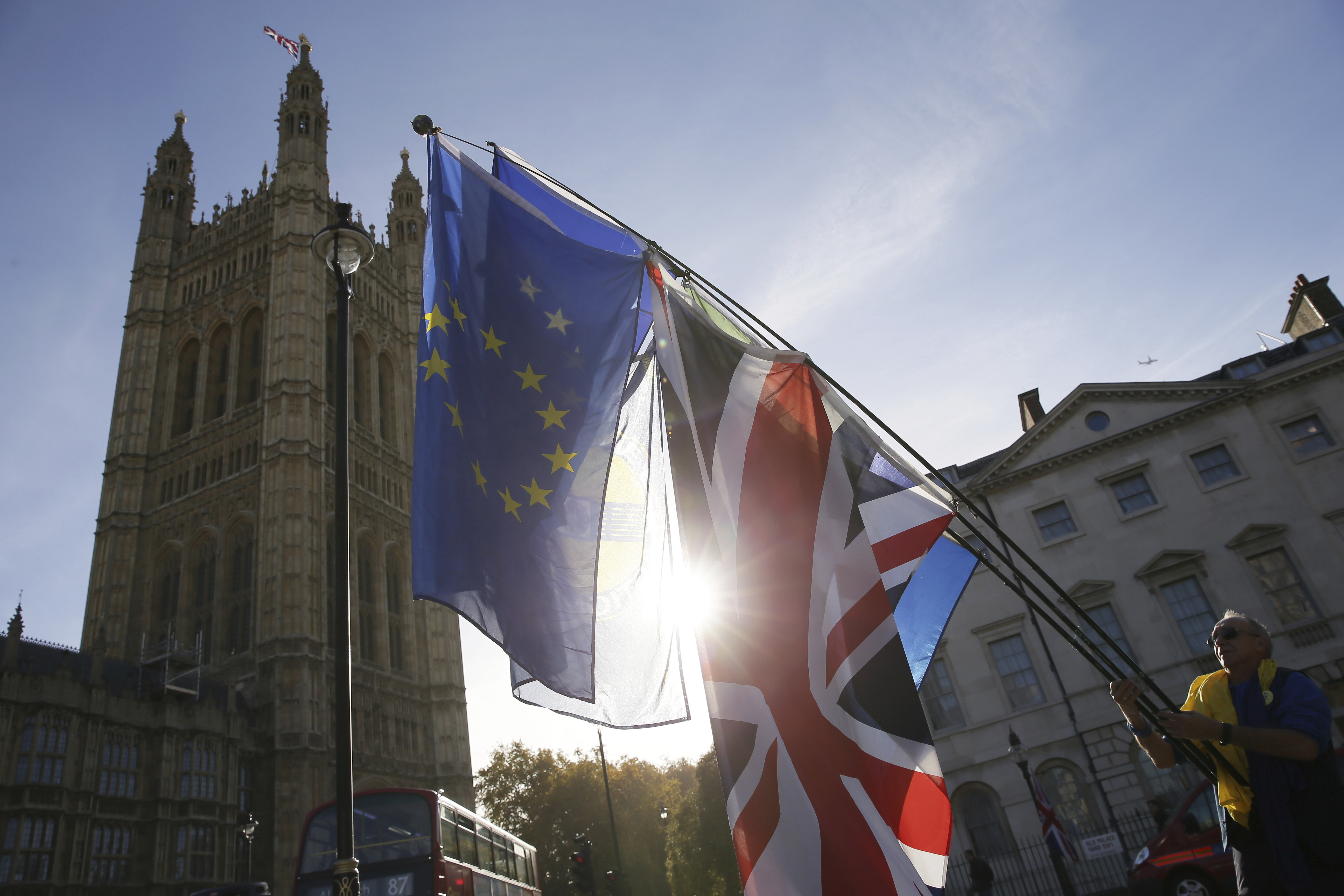 A demonstrator waves flags outside the Houses of Parliament in London, Wednesday, Nov. 14, 2018. (Photo: AP)

The Brexit session opened by the European Court of Justice will assess the issue under an accelerated procedure due, since Britain is due to leave the bloc on March 29.

Since Article 50 of the EU treaty of Lisbon dealing with departing members is scant on details — because it was expected that no EU nation would want to leave — a group of Scottish legislators wants to know whether the UK can pull out of the withdrawal procedure on its own. The case comes amid increasing pressure from Brexit opponents for a second referendum on the decision to leave the bloc.

The court decision is expected to take several weeks but could be dragged out into the new year, close to Britain's departure date.

May is making a blunt appeal to her electorate and to British lawmakers to support her divorce deal, arguing that any alternative would be a jump into the unknown. The Scottish lawmakers want to make clear there is an alternative.

"On the verge of the most important vote in the UK's recent history, many (members of Parliament) are being pressured into believing that there is no alternative to no deal or May's deal," said Alyn Smith, a Scottish National Party member of the European Parliament who is part of the proceedings.

May insists her Conservative government has no intention of reversing Britain's decision to leave. She is crisscrossing the UK on a Herculean quest to drum up support for the Brexit deal before Parliament decides its fate on Dec. 11.

On Tuesday she was holding meetings with business and political leaders in Wales and Northern Ireland — where her parliamentary allies in the Democratic Unionist Party have vowed to vote against the agreement.

The Brexit withdrawal agreement, approved by the EU on Sunday, has been savaged by pro-Brexit and pro-EU British politicians as a messy compromise that leaves the UK half-in, half-out of the bloc.

May argues that it delivers on voters' decision to leave while protecting jobs and businesses through continued close ties with the EU — achieved by continuing to adhere to EU rules and standards in many areas.

May's sales campaign received a blow from President Donald Trump, who said the agreement seemed like a great deal "for the EU" and would make it more difficult for the UK to strike a trade deal with the US.

Trump said "right now, if you look at the deal, they may not be able to trade with us, and that wouldn't be a good thing."

May denied Trump's comments had put a dampener on Brexit. She said under the Brexit agreement, "we will have an independent trade policy and we will be able to negotiate trade deals with countries around the rest of the world."

"As regards the United States, we have already been talking to them about the sort of agreement that we could have in the future," May said as she visited an agricultural fair in Wales. "We have a working group set up and that is working very well, has met several times and is continuing to work with the US on this."

But Former Defense Secretary Michael Fallon, until now an ally of May, said Trump's comment couldn't be ignored.

He said May's deal "gives us the worst of all worlds — no guarantee of smooth trade in the future and no ability to reduce the tariffs that we need to conclude trade deals with the rest of the world."

May's de facto deputy prime minister, David Lidington, said Britain would be able to negotiate trade deals with countries including the US — though he conceded it wouldn't be easy.