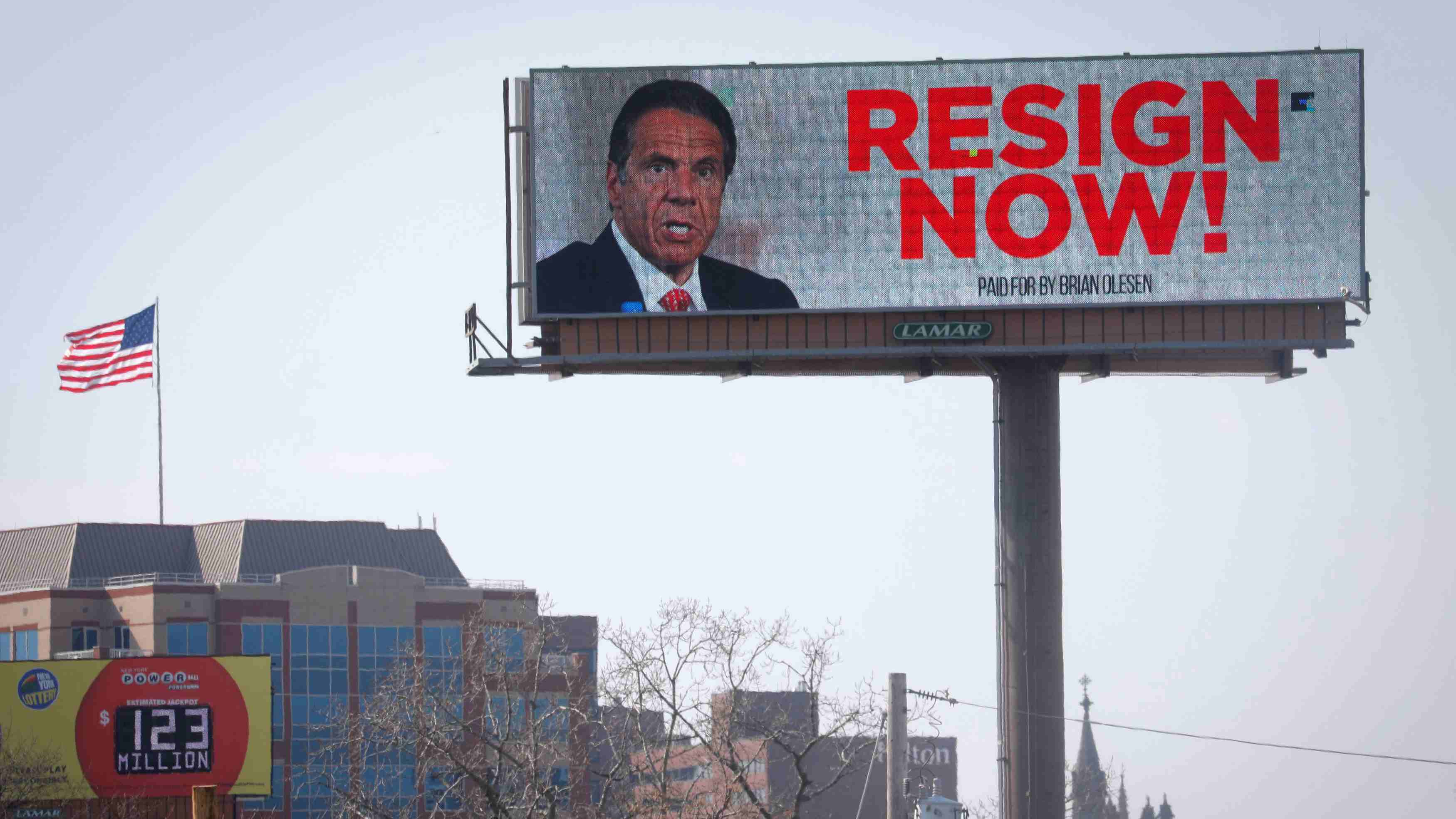 "I'm not going to resign because of allegations," the governor said, speaking after Andrea Stewart-Cousins, the leader of the New York state senate, said he should step down "for the good of the state" and "must resign."

"There is no way I resign," Cuomo said.

"I'm not going to resign because of allegations," Cuomo told reporters on Sunday, according to media reports. "It's damning to publicize allegations before you know that they are credible … Let the attorney general do her job."

The two top Democrats in New York's state legislature have said on Sunday that sexual harassment allegations leveled against Cuomo by five women, most of them former aides, have undermined his ability to lead and he should resign.

House Assembly Speaker Carl Heastie followed with a statement in which he said he shares Stewart-Cousins' sentiment "regarding the governor's ability to continue to lead this state."

"We have many challenges to address, and I think it is time for the governor to seriously consider whether he can effectively meet the needs of the people of New York," Heastie said.

Earlier in the day, the most powerful New Yorker in Congress, Senate Majority Leader Chuck Schumer, called the allegations of unwanted advances and inappropriate remarks against his fellow Democrat "deeply troubling" and said he backed the investigation launched by state Attorney General Letitia James.

"I have a lot of faith in (James). I believe that she will turn over every stone and I believe she will make sure there is no outside interference, politically or otherwise," Schumer told reporters at a briefing.

"Sexual harassment is never acceptable and can never be tolerated," said Schumer. "Women have to be listened to … the allegations of each of the women have to be taken seriously."

In the latest accusations, the Wall Street Journal reported on Saturday that a former aide, Ana Liss, said Cuomo in 2014 sometimes greeted her with a hug and kisses on both cheeks, called her "sweetheart," kissed her hand and asked her if she had a boyfriend.

The Washington Post reported on Saturday that a former press aide, Karen Hinton, said that in 2000 Cuomo – when he was federal housing secretary under President Bill Clinton – embraced her in a hotel room after a work event.

The new accusations arose after three other women, two of them former aides, had accused Cuomo, 63, of harassing them through unwanted, sexually suggestive comments or inappropriate physical contact, including unsolicited kissing. He has denied any misconduct and vowed to cooperate with the inquiry by James' office.

The governor has acknowledged that it had been a "custom" for him to kiss and hug people when greeting them, and has said he was sorry for any behavior that made "people feel uncomfortable."

"I understand that sensitivities have changed, and behavior has changed, and I get it. And I'm going to learn from it," he told a news conference on Wednesday.