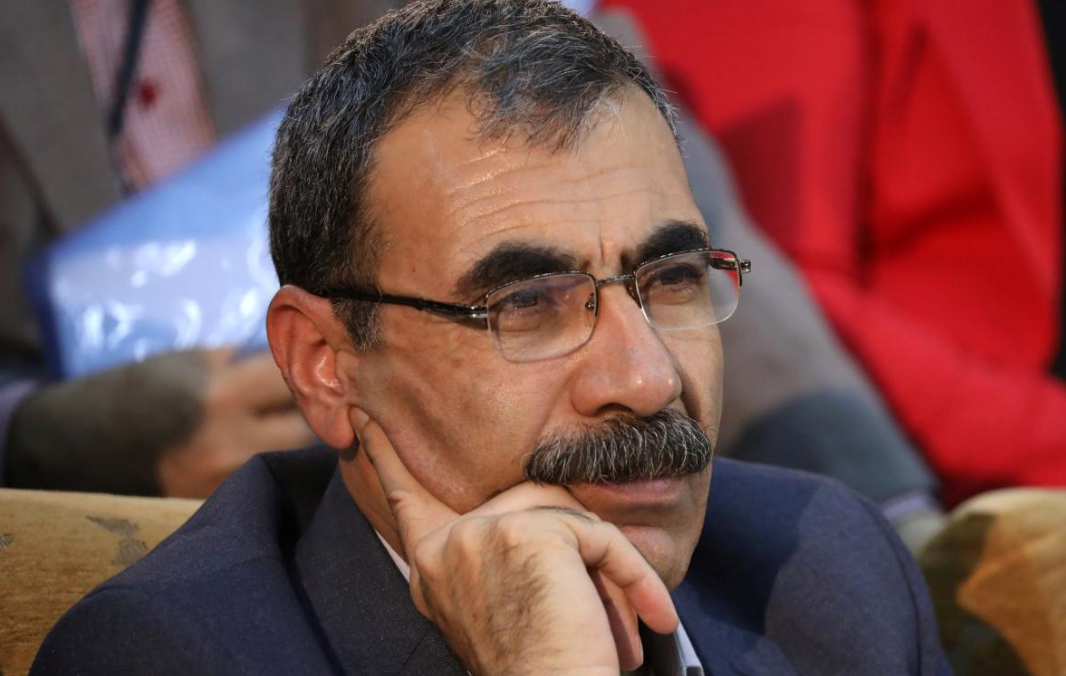 A top Syrian Kurdish politician said he hopes President Bashar al-Assad is serious about negotiating with Kurdish-led forces and he signaled a readiness for talks without conditions.

Aldar Xelil, one of the most influential figures in Syrian Kurdish politics, said there had been no steps yet toward negotiations mooted by Assad last month, but that any agreement between the sides would be “a historic turning point”.

“We don’t know the extent of their seriousness or preparation for this, but we hope these statements reflect serious intentions,” Xelil told Reuters in a telephone

Direct negotiations between Kurdish groups that control much of northern Syria and Damascus would reshape the seven-year-old conflict and - if successful - hold out the prospect of a deal between two sides which together hold most of the country.

Such talks would also complicate US policy in Syria, which today rests largely on a military alliance with the YPG, the main Kurdish militia. US forces have deployed in areas held by Kurdish-led militias during the fight against Islamic State.

Unlike rebels who have fought Assad, the YPG and YPG-led Syrian Democratic Forces (SDF) have mostly avoided conflict with Damascus. Instead, they have focused on Islamic State and guarding their autonomy.

The areas controlled by Kurdish-led forces include oil, farmland and water resources critical to the economy.

Assad said last month the state was opening “doors for negotiations” with the SDF, but if these failed it would resort to force to recapture areas where some 2,000 US forces are stationed. He also pledged that US troops would leave.

Xelil, co-chair of the Movement for a Democratic Society, which groups a number of parties, said Assad’s threat of force was regrettable and “all efforts must be focused on how to develop the peaceful option”.

He said any negotiations should aim to achieve a decentralized “democratic Syria that encompasses ... the Kurdish people and other groups”, and not governed by one group.

But he added, “We don’t want get ahead of things and propose matters so they become like conditions...The most important thing is accepting the principle of negotiations.”

WASHINGTON WILL “NOT FORGO THE TURKS”

The main Kurdish parties have been left out of UN-led diplomacy on Syria, in line with the wishes of Turkey, a NATO member that views the YPG as part of the outlawed Kurdistan Workers’ Party (PKK) and a national security threat.

Turkish forces backed by Syrian militias attacked the Kurdish Afrin region of northwestern Syria earlier this year, driving the YPG out of the area.

Pointing to a shared interest in countering Turkish forces, Xelil said Afrin could be an issue for discussion in any negotiations with Damascus. The government could “be an influential party in this equation, particularly given that they still represent the Syrian seat at the United Nations”.

Xelil also said the Afrin assault led to the postponement of the final phase of a three-stage election being held in northern Syria to deepen its autonomy through elected institutions. No decision has been made on when it will be held.

Turkey had been threatening to widen the Afrin offensive to the city of Manbij, which is controlled by SDF-allied fighters backed by the United States.

The YPG subsequently announced a withdrawal of military advisers from the city.

Xelil was critical of the United States over the agreement, but also described the outcome as a “reasonable” compromise.

“America should have taken a decisive position towards Turkey...Our reading of matters makes us see that the Americans will not forgo the Turks and sacrifice their old ties with them for the sake of our areas,” he said.

Xelil said he could not tell how the US role in Syria would evolve, reflecting uncertainty over US objectives since President Donald Trump said earlier this year that he wanted to pull out forces as quickly as possible.

“Will they withdraw or will they remain? Will they have a role in the solution in Syria?...These are all matters I don’t want to judge at present. We must wait until after the battles with Daesh (Islamic State) finish.”