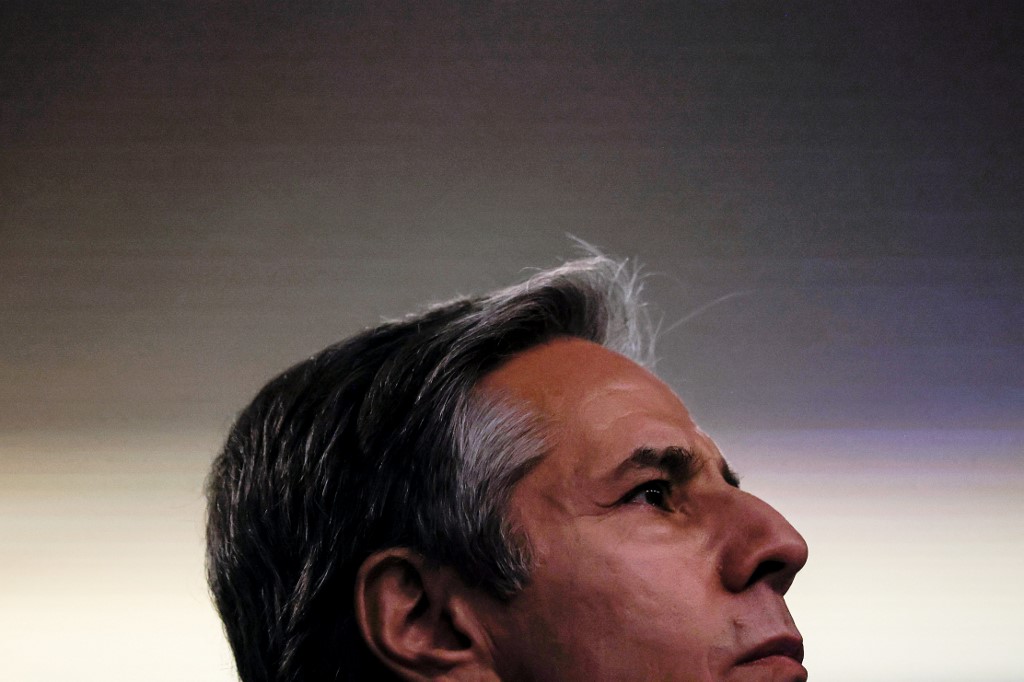 US Secretary of State Antony Blinken addresses reporters during his first press briefing at the State Department in Washington, DC, on January 27, 2021. (Photo: AFP)

The United States will only return to the Iran nuclear deal once Tehran meets its commitments, Secretary of State Antony Blinken said Wednesday, warning of a long road until verification.

On his first full day as the top U.S. diplomat, Blinken confirmed President Joe Biden's willingness to return to the deal trashed by his predecessor but rejected Iranian pressure for the U.S. to act first.

"Iran is out of compliance on a number of fronts. And it would take some time, should it make the decision to do so, for it to come back into compliance and time for us then to assess whether it was meeting its obligations," Blinken told a news conference.

"We're not there yet, to say the least."

Iran responded by reducing its compliance with the deal, formally known as the Joint Comprehensive Plan of Action (JCPOA), under which it was promised economic relief for major curbs in its contested nuclear program.

"President Biden has been very clear in saying that if Iran comes back into full compliance with its obligations under the JCPOA, the United States would do the same thing," Blinken said.

But Iranian Foreign Minister Mohammad Javad Zarif has demanded that the U.S. first come into compliance by ending the Trump sanctions, which include a sweeping effort to end Tehran's key export of oil.

Iranian officials fear that the U.S. – where Trump's Republican Party, narrowly in the minority in Congress, remains adamantly opposed to the nuclear deal – will not fulfill sanctions relief even if Tehran goes ahead.