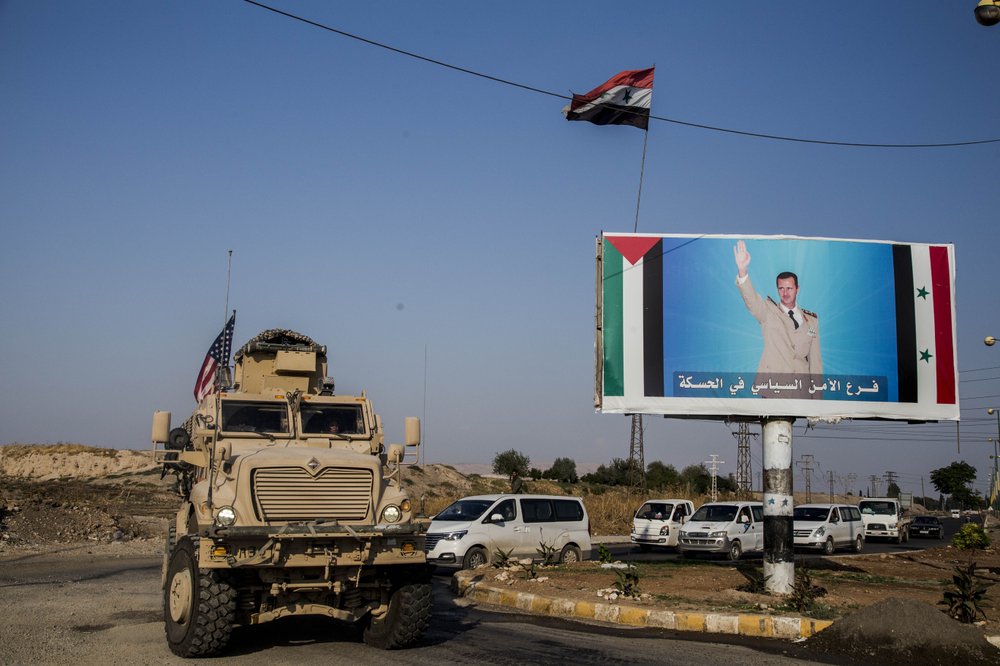 A US military vehicle drives south of the northeastern city of Qamishli, likely heading to the oil-rich Deir el-Zour area where there are oil fields, or possibly to another base nearby, as it passes by a poster showing Syrain President Bashar Aassad, October 26, 2019.  (Photo: AP)

The chairman of the Joint Chiefs of Staff says about 500 or 600 U.S. troops will remain in Syria to counter Islamic State fighters.

President Donald Trump recently approved an expanded military mission to secure oil fields across eastern Syria. His decision locked hundreds of US troops into a more complicated presence in Syria despite his pledge to bring them home.

Gen. Mark Milley (MIHL’-ee) tells ABC’s “This Week” that pressure must be maintained on IS fighters still in the region.

It’s unclear whether Milley’s prediction of keeping 500 to 600 American troops there includes the roughly 200 who are at the al-Tanf garrison in southern Syria.