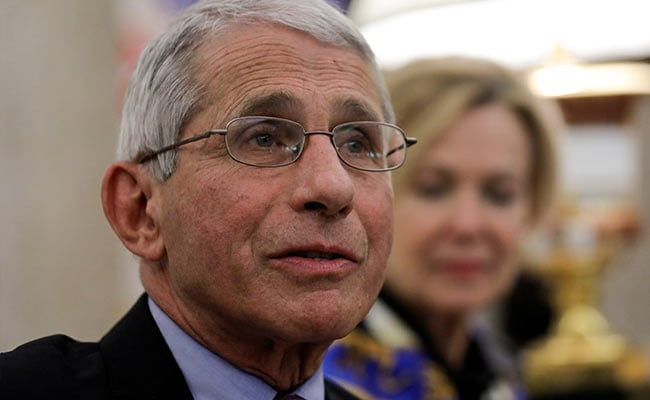 File photo of Anthony Fauci, director of the National Institute of Allergy and Infectious Diseases

Three top U.S. public health officials, all key members of the White House coronavirus task force, have begun self-quarantine for two weeks after contact with a person who has tested positive for the coronavirus, according to U.S. media reports on Saturday.

Anthony Fauci, director of the National Institute of Allergy and Infectious Diseases, told CNN he will begin a "modified quarantine" after making a "low risk" contact with a White House staffer who tested positive for the virus.

The "low risk" assessment means Fauci was not in close proximity to the person who tested positive during the time when that person was known to be positive for the virus, CNN reported.

Fauci said he will telework from home and wear a mask for 14 days. He tested negative for the virus on Friday and plans to be tested daily from now on, it reported.

Robert Redfield, director of the Centers for Disease Control and Prevention (CDC), had a "low-risk exposure" with a person at the White House on May 6, and "will be teleworking for the next two weeks," a CDC spokesman told several U.S. media outlets.

Redfield "is feeling fine, and has no symptoms," the spokesman said, adding if Redfield needed to visit the White House for official business, he would follow CDC safety guidelines for essential workers who may have been exposed to the virus. Those guidelines call for temperature checks, screening for symptoms, masks and social distancing.

Stephen Hahn, commissioner of the Food and Drug Administration (FDA), had sent a note to his staff on Friday disclosing his contact with a person who had tested positive for COVID-19, and "is now in self-quarantine for the next two weeks," a spokeswoman for the FDA was quoted by The New York Times as saying.

"Dr. Hahn immediately took a diagnostic test and tested negative for the virus," the spokeswoman said.

Sources did not identify the person to whom the three officials had been exposed. But the self-quarantine came after the disclosure on Friday that U.S. Vice President Mike Pence's press secretary, Katie Miller, tested positive for the virus.

Miller has attended numerous meetings of the White House coronavirus task force, which also includes Fauci, Redfield and Hahn, according to The New York Times.

Earlier this week, the White House confirmed that one of U.S. President Donald Trump's personal valets has tested positive for the virus.

As of Saturday night, over 1.3 million people have been infected with COVID-19 across the United States, with the death toll surpassing 78,700, according to the Center for Systems Science and Engineering at Johns Hopkins University.