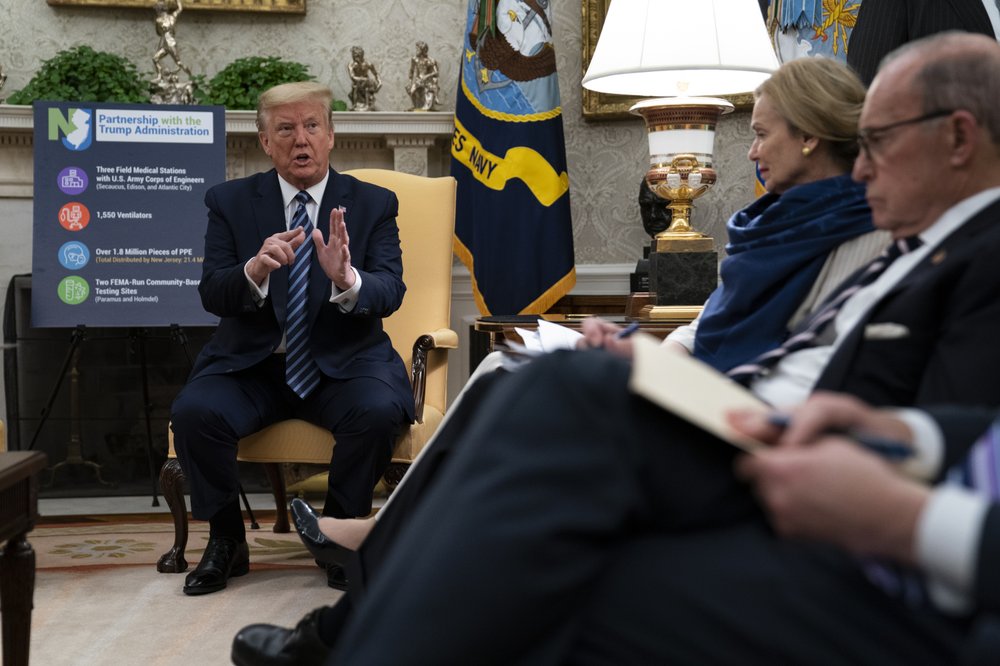 The U.S. intelligence community "concurs with the wide scientific consensus that the COVID-19 virus was not manmade or genetically modified," the Office of the Director of National Intelligence (ODNI) said in a statement.

The ODNI said it was investigating whether the virus emerged from a laboratory in Wuhan, China, although the rumor has been repeatedly dismissed among scientists, who generally believe the virus jumped from animals to humans in some natural way involving farming, hunting or the transporting of wild animals.

Citing current and former U.S. officials, The New York Times reported Thursday that senior Trump administration officials pushed intelligence agencies to hunt for evidence to support an unsubstantiated theory that a lab in Wuhan was the origin of the outbreak as President Donald Trump escalated a public campaign to blame China for the pandemic.

Some intelligence analysts are concerned that the pressure from those officials will distort assessments about the virus and that they could be used as a political weapon, according to the report.

U.S. Secretary of State Mike Pompeo, former director of the Central Intelligence Agency (CIA), took the lead in pushing intelligence agencies for more information, said the report, adding that Matthew Pottinger, Trump's deputy national security adviser, pressed intelligence agencies off and on since January to gather information that "might support any origin theory linked to a lab."

The report also said that Anthony Ruggiero, the head of the National Security Council's bureau tracking weapons of mass destruction, expressed frustration during a video conference in January that the CIA was unable to get behind any theory of the outbreak's origin.

Most intelligence agencies remain skeptical that conclusive evidence of a link to a lab can be found, and scientists who have studied the genetics of the coronavirus say that the overwhelming probability is that it leapt from animal to human in a nonlaboratory setting, as was the case with HIV, Ebola and SARS, according to the report.

As COVID-19 deaths continue to increase in the United States, the Trump administration and its allies in Congress have tried desperately to deflect criticisms about their blunders by blaming others.

As of Thursday noon, the United States reported more than 1.04 million COVID-19 cases with over 61,000 deaths, according to a tally from the Johns Hopkins University.