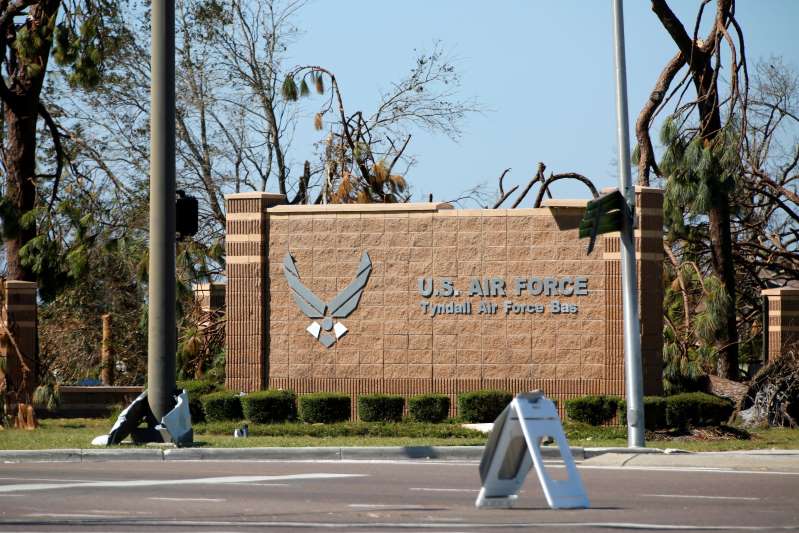 Damage caused by Hurricane Michael is seen on Tyndall Air Force Base, Florida, US, October 16, 2018.

Buildings on a Florida air base were damaged by an apparent tornado according to base officials.

Tyndall Air Force Base posted a message on its official Facebook page that said the tornado struck early Saturday evening.

The post said that no one was injured but that the tornado damaged structures and vehicles on the military installation. Officials added that assessments of the damage will continue through the weekend.

The air base located in Florida's Panhandle was hammered by Hurricane Michael when the storm ripped through the area in October.

Earlier this month base officials said that they had issued $175 million in contracts to repair damage left by the powerful storm.