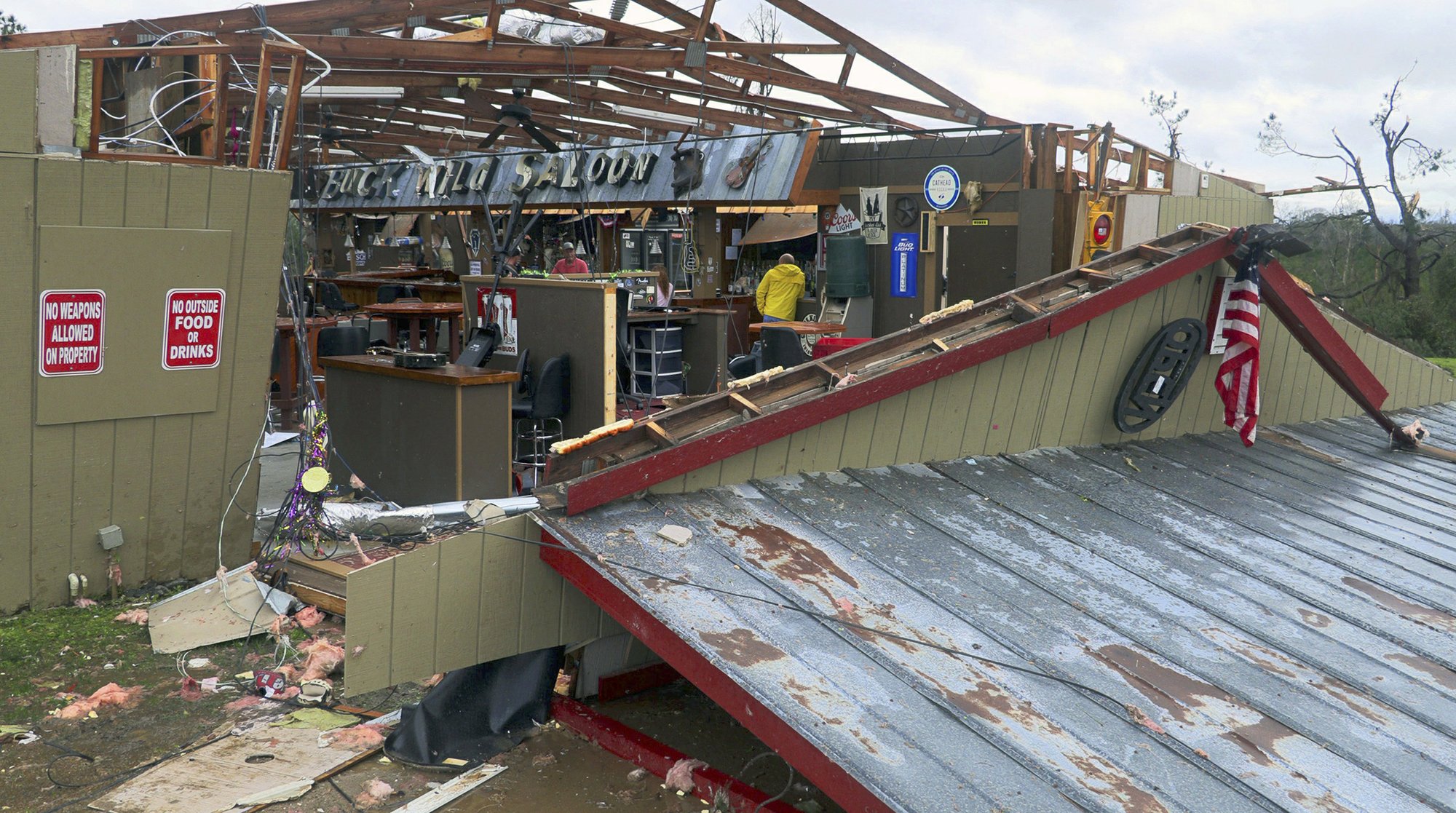 Debris litters the Buck Wild Saloon, after it was heavily damaged by a tornado, in Smiths Station, Alabama on March 3, 2019. (Photo: AP)

Rescuers searched for victims Monday amid homes smashed to their foundations, shredded metal dangling from trees and dead animals lying in the open after a tornado ripped through a rural Alabama community and killed at least 23 people, including children.

Traveling straight down a county road, the twister carved a trail of destruction at least half a mile wide and about a mile long Sunday, overwhelming the Lee County coroner’s office, which was forced to call in help from the state.

“It looks like someone almost just took a giant knife and scraped the ground,” Sheriff Jay Jones said.

With daybreak, volunteers used chain saws to clear paths for emergency workers, and at the R&D Grocery, people were constantly asking each other if they were OK.

“I’m still thanking God I’m among the living,” said John Jones, who has lived most of his life in Beauregard, an unincorporated community of roughly 10,000 people about 60 miles east of Montgomery near the Georgia state line.

The twister, with winds believed to be around 160 mph (257 kph) or higher, was part of a powerful storm system that slashed its way across the Deep South, spawning numerous tornado warnings in Georgia, South Carolina and Florida.

“All we could do is just hold on for life and pray,” said Jonathan Clardy, who huddled with his family inside their Beauregard trailer as the tornado ripped the roof off. “It’s a blessing from God that me and my young’ns are alive.”

He added: “Everybody in Beauregard is a real close-knit family. Everybody knows everybody around here. Everybody is heartbroken.”

The sheriff said children were among the dead, but he didn’t know how many. And he said the death toll may rise as the search continues amid houses reduced to their concrete slabs.

Levi Baker took a chain saw to help clear a path for ambulances and other emergency vehicles. He said he saw dead people and animals and demolished houses, with one home swept off its foundation and left in the middle of a road.

Along the hard-hit country road, giant pieces of metal from a farm building dangled from pine branches 20 feet (6 meters) in the air, making loud creaking sounds as the wind blew. For an entire mile down the road, pines were snapped in half.

A mobile home crushed by two trees marked the end of the path of destruction.