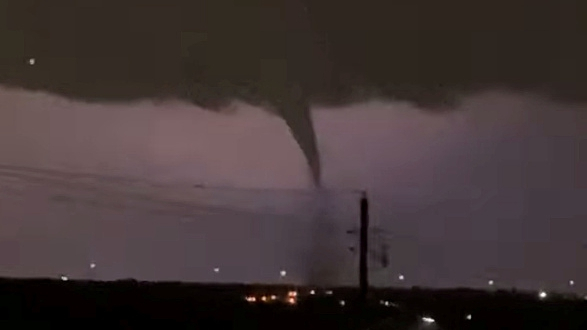 A tornado swiped the Dallas region in northeastern Texas on Sunday night, causing damage to multiple buildings and knocking out power to thousands of people, local media reported.

Three people were transported to local hospitals with storm-related injuries that were not life-threatening, according to the City of Dallas Office of Emergency Management.

Six schools across the Dallas Independent School District canceled classes Monday due to the extensive damage some of the campuses sustained in the storm, the local district tweeted.

Dallas police tweeted that officers were going door to door in some neighborhoods to check on residents following severe tornado damage.