A lockdown and stay at home order is being extended in Canada's largest city until at least March 8. 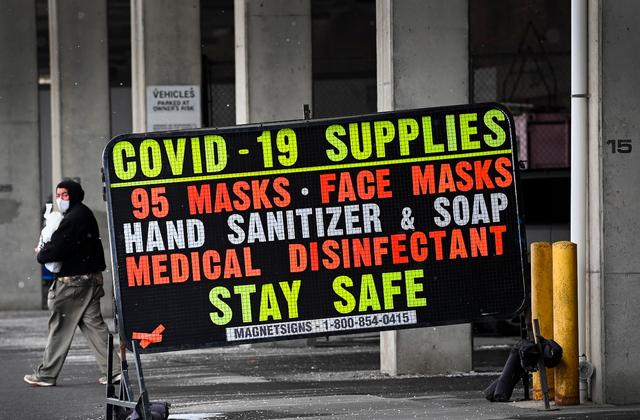 Dr. Eileen de Villa, Toronto’s medical officer of health, asked the provincial government this week to extend the lockdown, saying she has never been more worried about the future because of new coronavirus variants. Toronto Mayor John Tory supported the request and said he wants this to be the last lockdown.

The shutdown in Toronto began on Nov. 23 after a second novel coronavirus wave hit the province.

Scientists say the U.K. variant found in Ontario spreads more easily and is likely more deadly, but so far existing vaccines appear to be effective against it.

Canada has had a shortage of vaccines until this week. The federal government expects to get 6 million Pfizer and Moderna doses before the end of March and 23 million more in April, May and June and 55 million in the three months after that. Canada has a population of 37 million. The western Canadian province of Alberta plans to start vaccinating seniors 75 and older starting Feb. 24 while teachers have not been prioritized.

Schools just reopened in Toronto this week and retail stores had been scheduled to reopen Feb. 22.

“I know we are tired. I know we have all sacrificed so much. But there is hope on the horizon. The federal government has assured us that the vaccines, in which we are in desperate need of, are on the way,” Ontario Premier Doug Ford said.

The stay-home order was lifted for the majority of the province earlier this week as the government moved ahead with an economic reopening despite warnings it could set off a third wave of infections.

Toronto and Canada previously flattened the epidemic curve and is doing so again in this second wave.

Dr. Theresa Tam, Canada's Chief Public Health Officer, said there are currently fewer than 33,000 active cases in Canada, a 60% drop compared to a month ago. But Tam said Canada may not be able to avoid a rapid acceleration of daily cases, predicted to hit 20,000 by mid-March, without continued vigilance.

“We are at a critical point in the pandemic and our efforts have begun to tip the balance in our favor,” Tam said.

"Protecting our progress and limiting the impact of variants of concern will require stronger action.″