Torrential rain triggered a mudslide and more floods across Japan on Sunday, leaving three people presumed dead and forcing the evacuation of dozens of residents. 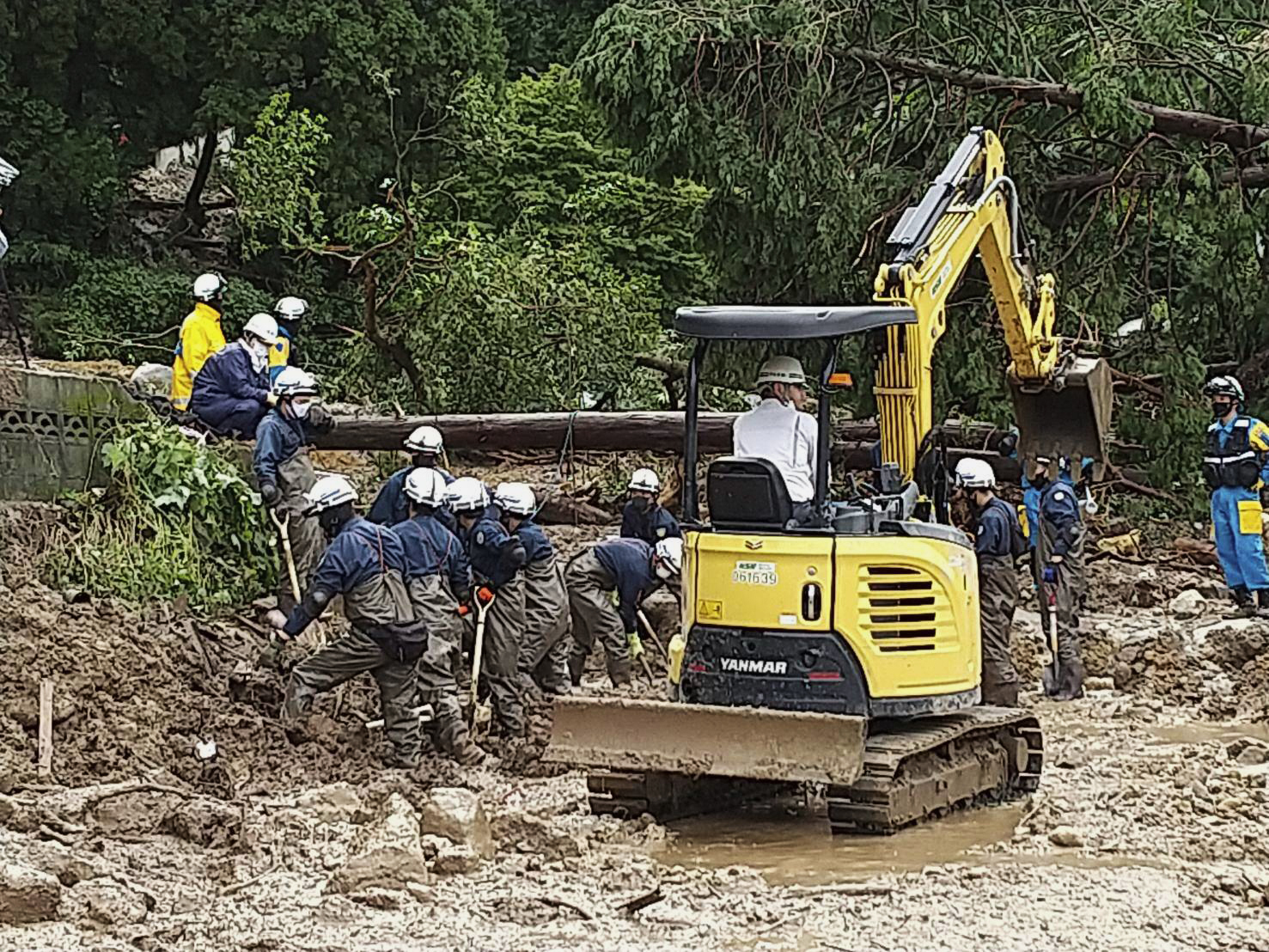 A mudslide early Sunday hit a house in Okaya City in the central Japanese prefecture of Nagano, burying eight residents. Three of the people were presumed dead when rescue workers found them, and two others were injured, according to the Fire and Disaster Management Agency. The other three people were safely rescued.

On Friday, a mudslide in Nagasaki killed one person, injured another and left two others missing, while a separate mudslide in Hiroshima left one person seriously injured.

By Sunday, dozens of people in flooded areas in the southern Kyushu region as well as Hiroshima were rescued, the disaster management agency said.

Heavy rain has dumped on southwestern Japan since last week. The Japan Meteorological Agency said more rain is expected in the coming days as a front is stuck above the Japanese archipelago.

Nearly 200 municipalities under high risks of floods or mudslides have issued evacuation instructions, affecting more than 4 million residents, though there is no penalty for those who ignore.

More than 500 homes around the country have been damaged by floods and mudslides, the disaster management agency said.