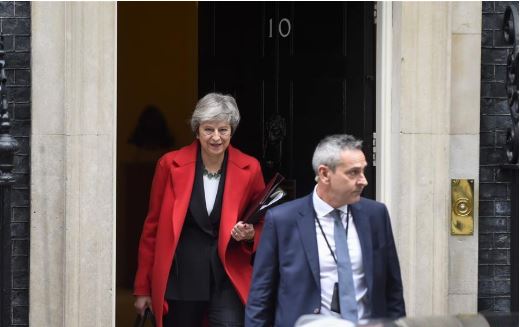 LONDON, Jan. 4 (Xinhua) -- A poll of the British Conservative Party members has showed that more than half would choose no-deal Brexit over the Brexit deal by Prime Minister Theresa May.

The results came as the British prime minister hopes to persuade Tory MPs to back her Brexit deal previously reached with the European Union (EU).

The MPs will return to the parliament on Monday and are due to vote on the deal the following week.

May is conducting an intense round of calls to EU leaders to plead with them for more concessions.

Media reports said that May's closest aides in the prime minister's office are making preparations for what to do next if the vote is lost.

Britain is scheduled to leave EU on March 29.