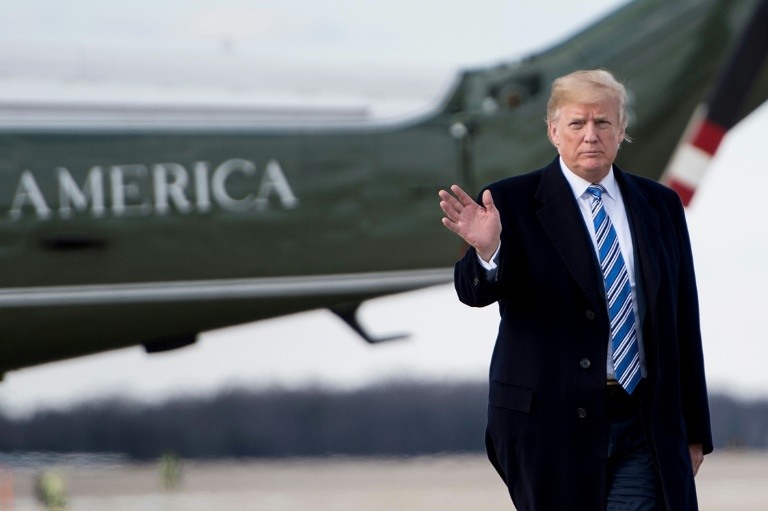 President Donald Trump said the tariffs and economic sanctions he has imposed will help the US get better trade deals.(Photo: AFP)

The US and China's top economic officials agreed by phone Saturday to "continue to communicate" on trade issues, Chinese state media said, as President Donald Trump pledged his escalating trade showdown would get results despite pushback from Europe and Beijing.

In his latest jolt to the prevailing global order, Trump on Thursday authorised tariffs on as much as $60 billion of Chinese imports, targeting sectors in which Washington says China has stolen American technology.

Liu He, the Chinese vice premier in charge of the economy, told US Treasury Secretary Steven Mnuchin Saturday that Beijing was "ready to defend its national interests" but hoped that "both sides will remain rational and work together," according to China's official Xinhua news agency.

He also accused a US probe into Chinese intellectual property practices of violating international trade rules.

China had warned the United States on Friday that it was "not afraid of a trade war" as it threatened tariffs on $3 billion worth of US goods in retaliation. And French President Emmanuel Macron said Europe would respond "without weakness" to Washington's threats of tariffs on steel and aluminium.

"Nothing should be addressed when it is with a gun to your head," he said at the end of an EU summit in Brussels.

Global stocks have plummeted as fears rise that the confrontation could provoke a damaging trade war. Meanwhile, World Trade Organization Director-General Roberto Azevedo called for cooler heads to prevail, saying in a statement that new trade barriers would "jeopardise the global economy".

But speaking to reporters on Friday as he signed new budget legislation, Trump said his efforts were beginning to bear fruit.

Washington this week said it would temporarily exempt Europe as well as countries including Brazil, Argentina, South Korea and Australia from the steep new steel and aluminium tariffs that Trump unveiled this month and which took effect Friday.

European and US trade officials said this week they were beginning talks to reach a compromise. 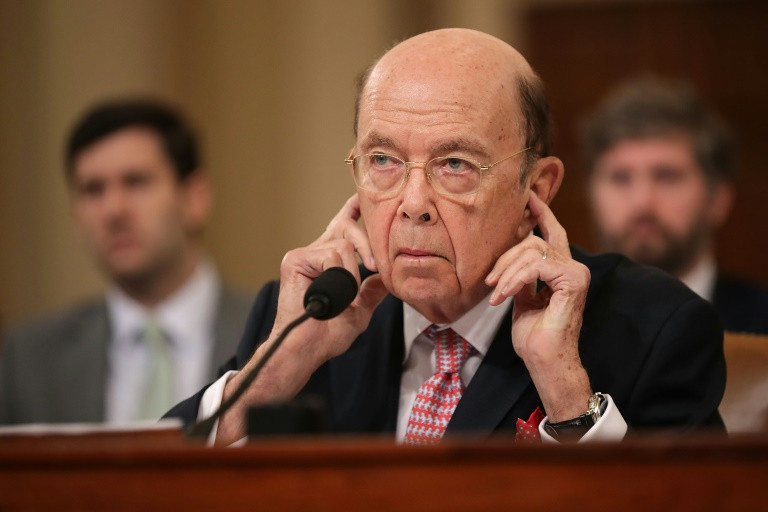 US Commerce Secretary Wilbur Ross said Washington and Seoul were close to a deal on steel and aluminium tariffs.(Photo: AFP)

"Many other countries are now negotiating fair trade deals with us," Trump said Friday.

Meanwhile, US Commerce Secretary Wilbur Ross said Friday that US and South Korean officials were "relatively close" to reaching a deal on the steel and aluminium tariffs, with an announcement possible as early as next week.

But Beijing on Friday also unveiled a hit list of products that could face duties of up to 25 percent, from fresh fruit to pork and wine, though it stopped short of pulling the trigger as it indicated its readiness to negotiate an agreement.

China's commerce ministry warned that a 15 percent tariff on 120 goods worth almost $1 billion -- including fresh fruit, nuts and wine -- would be imposed if the US fails to reach a "trade compensation agreement" within an unspecified time frame.

In a second step, a 25 percent tariff would be imposed on eight goods totalling nearly $2 billion, including pork and aluminium scrap, after "further evaluating the impact of the US measures on China," the statement said.

The list noticeably does not include soybeans, a key US export from Trump-voting states that Chinese state-run newspaper the Global Times had suggested should be targeted by Beijing.

On Saturday, the deputy director of China's International Economic Exchange Center and former vice minister of commerce Wei Jianguo told the China Daily newspaper that Beijing was already preparing two more such lists, potentially set to include other products like aircraft and microchips.

Tourism and other sectors besides commodities might also be hit, he added.

Senior White House economic advisor Everett Eissenstat said Thursday the new US import duties would target sectors where "China has sought to acquire an advantage through the unfair acquisition or forced technology transfer from US companies."

US Trade Representative Robert Lighthizer indicated the industries could include aerospace, maritime and rail transport equipment, and new energy vehicles.

Trump's order also directs the US Treasury to develop new proposals to increase safeguards against Chinese investments in the US that could compromise national security.

In addition, the United States launched a challenge at the World Trade Organization on Friday, saying in a statement that China appears to be breaking WTO rules by denying foreign patent holders rights "to stop a Chinese entity from using the technology after a licensing contract ends."

White House officials said the actions came after years of efforts failed to convince China to change its behaviour.

American industry, agriculture in particular, as well as members of the president's own Republican party have voiced strident opposition to his recent trade moves -- but the latest actions against China did receive some support on Capitol Hill.