The sinking of a boat carrying South Korean tourists in Hungary is touching a nerve in South Korea, where many are still traumatized over a 2014 ferry sinking that killed more than 300 people, mostly students. The grief is compounded by claims by some South Korean tour agents and travelers that there were past safety issues on the Danube River where the accident happened. 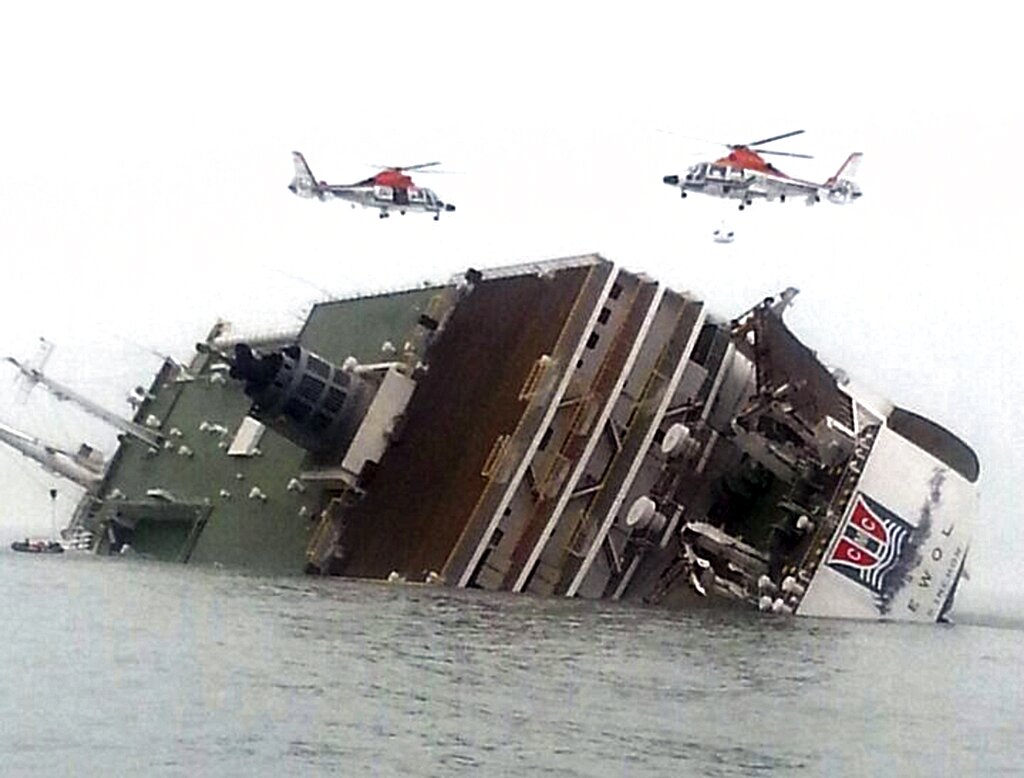 A total of 33 South Koreans were on the small boat enjoying the night view of Budapest on Wednesday evening despite a downpour. A preliminary investigation showed none was wearing a life jacket when the boat collided with a larger cruise ship on the river, according to the South Korean government and their tour agency in Seoul.

Nearly a day after the sinking, seven people had been confirmed dead on Thursday, seven had been rescued, and 19 South Koreans and two Hungarian crewmembers were listed as missing. Rescuers were scouring the Danube for miles (kilometers) downriver, but prospects for more rescues were dimming because the river was flowing rapidly and rising as heavy rain continued. The water temperature was about 10 to 12 degrees Celsius (50-53 degrees Fahrenheit).

While the exact cause of the collision still wasn't known, some said there could have been a lack of safety awareness, as in the sinking of the ferry Sewol in South Korea five years ago that was blamed on a culture that has long sacrificed public safety standards for profit and convenience. The Sewol, which was overloaded with poorly secured cargo, sank while sailing to the southern South Korean resort island of Jeju, killing 305 people, including 250 high school students.

Lim KyoungJae, head of a Seoul-based travel agency who has taken South Korean tourists to Budapest about five times in recent years, said he would have seriously considered whether to go ahead with the boat tour in the strong rain.

"Heavy rain must have made the current of the river faster and caused low visibility," Lim said. "If you don't have a good night view, then you really don't need to take a boat ride."

Many sightseeing boats on the Danube turn their lights low to have a better night view of the city. If that was the case for the boat that capsized Wednesday, Lim said those navigating the larger cruise ship may have found it difficult to see the small boat sailing nearby.

The South Koreans' tour agency, Very Good Tour, said the boat trip was part of a package tour to Europe. It said the agency went ahead with the excursion after the tourists agreed on it.

"Other boats were making tours too and we decided to go on after passengers agreed," senior tour agency official Lee Sang-moo said. "Our company humbly accepts all the responsibility that is ours."

According to the tour agency and South Korea's Foreign Ministry, none of the South Koreans — 30 tourists, two guides and a photographer — was wearing a life jacket at the time of the accident. Lee admitted that there was a possibility that there were no life vests on the boat. Senior South Korean Foreign Ministry official Kang Hyung-shik said it is "customary" for tourists on Danube boat trips not to wear life jackets.

The boat, the Hableany (Mermaid), is described on the sightseeing company's website as "one of the smallest members of the fleet." Built in 1949, it has two decks and a capacity of 60 people, or 45 for sightseeing cruises. Mihaly Toth, a spokesman for the Panorama Deck boating company, said the Hableany was on a "routine city sightseeing trip" when the accident happened.

Lee Deok-sun, a South Korean who took the Hableany on a package tour in April, said he and about 28 other South Korean tourists didn't wear life jackets. He said his group wasn't given instructions on the use of life vests and he didn't even know where they might be. He said he saw only one or two small rubber boats tied with ropes at the boat's bow.

"It was a very old boat and I felt some anxiety," Lee said in a phone interview with the YTN television network. "The railings looked unstable ... and the river was deep so I worried that we would get into big trouble if some accident happened."

After the capsizing, South Korean President Moo Jae-in canceled all of his scheduled events and ordered officials to mobilize all available resources to support rescue efforts in cooperation with the Hungarian government. Foreign Minister Kang Kyung-wha and divers who took part in the rescue work when the Sewol sank were to fly to Hungary later Thursday.

The swift government reaction was in sharp contrast to that after the Sewol sinking, which triggered an explosion of anger over the previous government's botched rescue efforts and regulatory failures.

South Korean investigators found that the Sewol's crew had overloaded the vessel with 185 cars when it had room for only 97. Crewmembers failed to properly fasten the vehicles and containers so they could squeeze in more cargo. Although the captain reported 657 tons of cargo, investigators said the real amount exceeded 2,140 tons, which likely prevented the vessel from regaining balance after making a sharp turn.

Rescue officials then missed a series of opportunities to save most of the passengers before the ship completely sank about three hours after crewmembers lost control. Rescuers saved 172 people, including the ferry's captain. He is now serving a life prison sentence after a court found him guilty of homicide through willful negligence because he fled without issuing an evacuation order.

The public uproar over the Sewol's sinking was so large that it contributed to the ouster of Moon's conservative predecessor, Park Geun-hye, who is currently serving a lengthy prison term over a separate corruption scandal.

The Danube River flows south, meaning that the missing people were likely to be swept through the well-populated, historic part of Budapest. The South Korean tourists included families and a 6-year-old girl. Her status wasn't immediately clear but she was not on a list of survivors provided by the tour agency.